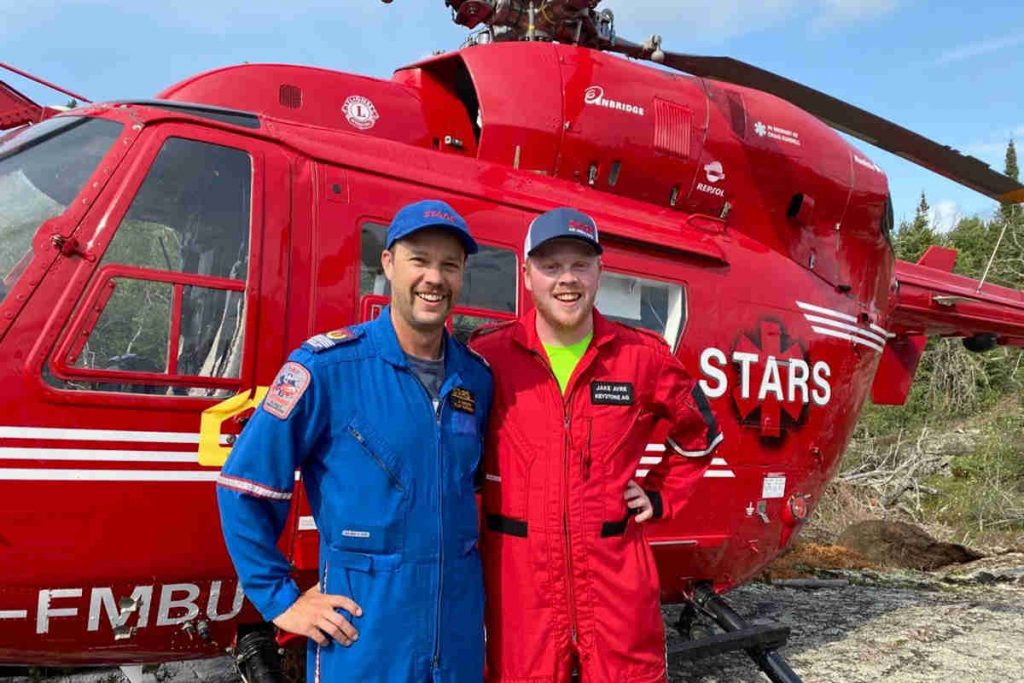 Their goal for the day was to fundraise as much as possible for STARS.

“Over  the years, we’ve [KAP] had a close working relationship with STARS, as  it’s a service that so many rural Manitobans and farmers have utilized,”  Ayre said. He has raised around $59,000 to date for the non-profit, and  donations continue to roll in.

Ayre and his family run Southern  Seeds Ltd., located 20 minutes south of Brandon. He knows first-hand how  crucial STARS is for remote communities.

“STARS got started as a  charitable organization started by physicians because they were seeing  that in rural and remote areas there were patients where the bigger  factor in their survivability or the quality of their life was the time  it took for them to get from an incident to the health-care facility,”  Ayre said.

Each mission the helicopter sets off on is  critical, Ayre said, and many rural residents have peace of mind knowing  important resources can quickly arrive in times of need.

Ayre  said he has been impressed by the stories of places STARS has been able  to reach from hilltops and mountains to remote areas a car would not be  able to access.

He volunteered to participate in Rescue on the Island on behalf of KAP and help fundraise for the essential service.

It  was his first time being stranded for Rescue on the Island, and he  enjoyed the experience. His trial marked the first time KAP has had  someone participate in the challenge, he said, and he was happy and  honoured that Westman farmers, area businesses and businesses from  across the country stepped up in support of the fundraiser.

Ayre  departed on his journey Thursday, kicking off the day with breakfast  before hopping on a bus and heading out to an island near Otter Falls,  in eastern Manitoba. Upon arrival at the lake, a pontoon boat delivered  Ayre and his companions to their isolated destination.

During the  day, the crew competed in a series of challenges, including learning to  signal a Hercules Plane, simulating a trauma incident in which they  learned how to incubate a medical dummy, dress a wound and administer an  IV, and learning how to land the helicopter.

The team of four took on these challenges while seeking as many donations as possible for STARS.

Ayre said the highlight of the day was helping guide the STARS Air Ambulance helicopter to land on the island.

“I  was volun-told I had to be the one that had to stand at the front with  the pylons as the helicopter was coming in. That was cool,” Ayre said  with a laugh. “I had to stand my ground because the thing was coming in  hot with a lot of power in those rotors.”

He finished the day off by flying back to Selkirk in the helicopter for a special banquet and reception.

It  was amazing to be in the helicopter, he added, because he got to see  the tight space where STARS Air Ambulance personnel perform lifesaving  procedures.

“It was amazing to be in the Air Ambulance. I learned so many things yesterday,” Ayre said.