April 24, 2008 – UHF
ELT’s (406 Mhz) have been around for some time now. Back in 2003,
Transport Canada issued a Notice of Proposed Amendment (NPA) dealing
with the issue of compliance to ICAO operating rules by Canadian
operators. At that time ICAO policy was that as of January 2005, all
ELTs should have the capability to operate in both 406 Mhz and 121.5
Mhz simultaneously. At the time, Transport Canada proposed the
introduction of a requirement that Canadian aircraft used in
international air transport services should be equipped with 406 Mhz
ELTs. Transport Canada did not at that time mandate the use of 406 Mhz
ELTs for domestic operations.

That is about to change…. In the very near future –
Feb 1, 2009 to be precise – the COSPAS satellite monitoring of the
frequency 121.5 Mhz is going to be discontinued. That will dramatically
reduce the level of safety provided by VHF ELT’s. Basically the only
form of VHF ELT detection available after that date will be by other
aircraft, and SAR resources.

Accordingly, Transport Canada has now tabled NPA’s
2007- 031/032/033. These NPA’s mandate that all Canadian-registered
aircraft are to be equipped with UHF ELT’s. Older VHF ELT’s will not be
acceptable under the new requirements. We anticipate that these NPA’s
will be ‘fast-tracked’ into formal CAR’s regulations by the middle of
this year, given the timeline on the discontinuance of satellite
monitoring. The compliance window for equipage is anticipated to be 2
years from the date of Final Rule, subject to certain caveats.

KAAV recently announced an exciting new supplier
relationship that is significant and timely. We are very pleased to be
appointed as the Eastern Canada Service Center and Distributor for the
Artex line of ELTs. Artex is the world leader in the manufacture of UHF
ELT Systems. The Artex product line is extensive, and designed to fill
the needs of all segments of aviation from light GA to heavy Air
Transport. Pricing on their UHF ELT Systems start as low as $995.00 –
plus installation costs. These are available now, both with and without
Nav Interface capability (which enables broadcast of last known
Lat/Long position). At KAAV and MC2 we are taking orders and performing
installations now. For obvious reasons we do encourage voluntary
conformity well before the end of the compliance period for this
mandate. 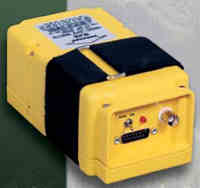 The
ME406 is designed specifically with the private pilot in mind. With a
weight of only two pounds it is the lightest, smallest and least
expensive 406 MHz ELT on the market. The mechanical footprint is
compatible with all Artex and some other ELT product dimensions. It
features a single antenna output feeding a wire whip or a rod antenna,
depending on the aircraft speed. The ME406 is available with a
single-axis G-switch for fixed wing applications and as a helicopter
model (HM) with a multi-axis G-switch The ME-406 Series does not
include NAV Interface capability.

Also of note, one of the latest versions of the
ME406 is the ME406 ACE. The "ACE" stands for Absolute Cost Efficiency.
This unit incorporates a remote switch design that allows retrofitting
for currently installed ACK E-01 VHF ELT installations. It requires
hardly any alterations on the instrument panel. Another popular feature
of this unit is the capability for re-using the wiring harness of the
installed ELT thus – reducing the installation cost. Overall ME406 ACE
offers of an upgrade to 406 MHz ELT technology with affordably for the
aircraft owner.

The Artex G406 Series are dual frequency units
designed for use with the general aviation market in mind. Two Antennas
systems are required. The ELT automatically activates during a crash
and has been tested to meet the rigorous requirements of TSO C126
including 500 G shock, 1000 pound crush as well as flame and vibration
tests. The G406-4 is available for use with Artex's low cost whip
antennas or fibreglass rod antenna. This unit may also be interfaced
with the optional Artex ELT/NAV Interface, enabling latitude/longitude
data to be transmitted as part of the 406.025 MHz message.

The C406-1 and -2 Series have most of the same
features of the G406 but also are available for use with Artex's low
cost whip antennas, rod antenna, or a blade antenna. It also features a
single coax output cable and is available for fixed wing with a
single-axis G-Switch and helicopter (HM) applications with a multi-axis
G-Switch. This series may also be interfaced with the optional Artex
ELT/NAV Interface. Programming ‘dongles’ are also available for fleet
operators.

The C-406N is the latest GA version, featuring
VHF/UHF capability on a single antenna and cable, and an integral NAV
Interface (ARINC 429 only). The C406N represents the current
state-of-the-art in a General Aviation UHF ELT System, and is now
available and certified for use in Canada.

These are the Artex UHF ELT options. Choose one for
your aircraft and plan it in as part of your next scheduled maintenance
session. February 2009 will be here sooner than you think!