Features
A Different Veiw of CFIT

Moving beyond the limited definitions of a critical aviation issue 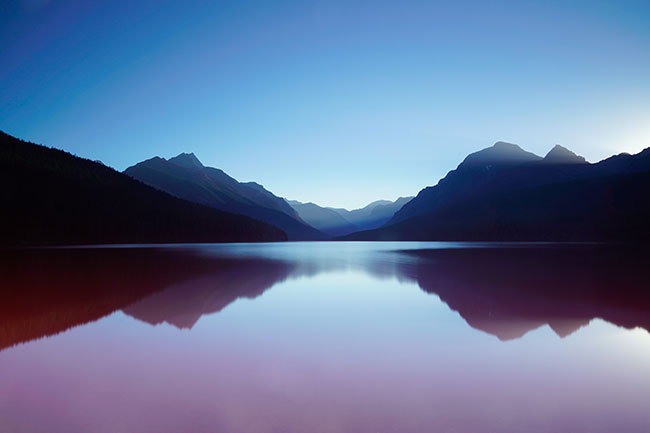 When winds are near zero, mirror-like glassy water can create a situation where a pilot does not notice an unintended shallow descent that could result in contacting the water. (Photo: Adobe Stock)

Transport Canada defines CFIT as: “An occurrence in which an aircraft, under the control of the crew, is flown into terrain, water or an obstacle with no prior awareness on the part of the crew of the impending disaster.” From my perspective, rules and regulations exist to protect us. It does not always feel that way, but that’s why they exist. When situations or concepts are not properly defined, or are lacking in definition, it is impossible to develop rules and regulations that meet our needs. I know this from my three years as the Terminology Manager for the Department of National Defence.

I believe one of the reasons that CFIT accidents occur, and will continue to occur, is because we have limited ourselves to the definitions that follow; and we have failed to properly define another set of conditions that could be used to develop additional rules and regulations or, at the very least, modify existing rules and regulations.

During my time in the military, I flew in an organization that operated a fleet of helicopters that was not certified for military IFR flight because of its rudimentary instrument package. All pilots flying this helicopter were required by regulations to maintain an instrument rating on the helicopter, but could not fly it in certain conditions.

The way this organization made sure of the safety for the crews flying this helicopter was to ensure IFR flying skills were maintained by providing annual IFR refresher training sessions in advanced flight simulators, and by defining “Visual Flight Conditions and Instrument Flight Conditions” and using these definitions in its Rules and Regulations.

Transport Canada’s limitation of its definition of IFC to conditions associated with meteorological conditions is too restrictive and counterproductive to the development of more effective, all-encompassing rules and regulations. Many CFIT accidents occur when pilots inadvertently fly aircraft into the ground due to them being in (by my definition) Instrument Flight Conditions, but not realizing it.

The main issue is that these pilots cannot adequately see the ground due to low light conditions or low contrast conditions. It has nothing to do with meteorological conditions. I’ll use two examples to make my point. Both are military accidents with fully trained, instrument-rated flight crews and I use these because I am very familiar with them.

On July 7, 1988, a CH136 KIOWA Helicopter (military version of a Bell 206 Jet Ranger) was flying over a large lake near Nakusp, BC. Onboard was the pilot and one passenger. Weather that day was CAVOK. Winds were near zero resulting in a glassy water (mirror like) situation. We will never know exactly what happened, but what can be surmized is that the pilot was flying at low altitude (200 to 300 feet AGL) and failed to notice an unintended shallow descent that eventually resulted in the helicopter contacting the water and flipping over. Both occupants perished in the crash. The pilot was a friend. Was the flight in IMC – No. Could this flight have been conducted under VFR – Yes. Was the flight in IFC. By my definition – Yes. So why did the pilot not maintain a safe altitude? Why did he not recognize the dangerous flight condition he was flying in?

On October 10, 1991, a CH135 Twin Huey helicopter (military version of a Bell 212) was flying northbound near the town of Burk’s Falls, ON. Onboard were the pilot, first officer and flight engineer. The pilot directed that the flight be conducted at low altitude to avoid strong headwinds aloft. The flight was flown just before sunset over hilly terrain. As the flight progressed, a light rain shower was encountered. With the sun still very visible off to the left and all three occupants looking outside, a slight turn to the left was initiated. Unnoticed was a shallow descent that was unintended. Moments later, the helicopter flew into trees at the top of a hill. There was one fatality in the crash.

I was personally involved in investigating this crash. Was the flight in IMC – No. Could this flight have been conducted under VFR – Yes. Was this flight in IFC – by my definition, Yes. So why didn’t at least one member of the crew realize the dangerous flight conditions they had encountered and directed a transition to instruments? Both Controlled Flight into Terrain accidents could have been prevented if:

If you fly single pilot then you do not have a second crew member to share the workload. In your case, the transition to relying solely on instruments must happen earlier than if there are two of you to split the task of maintaining VFR while flying like you are in IFC. Trying to use VMC and IMC to direct or control safe flight operations is too restrictive and does not consider low light or low contrast ground conditions. What is IMC in one class of airspace is VMC in another, so we cannot use these terms to define safe flight conditions. We need other terms to define these conditions.

I realize why my suggestion that any flight can be conducted without reference to any flight instrument will generate debate and this is a good thing. I am sure that my simplistic suggestion of defining conditions for safe visual flight conditions will be contested and again this is a good thing. I am not proposing changing the requirement for VFR, however, pilots need to be educated to identify IFC and be capable of operating in certain types of IFC. Maintaining basic instrument flying skills could be a life saver.

My objective in writing this article is to generate discussion and to potentially improve your chances of surviving a phenomenon that has claimed many lives and will continue to claim lives in the future unless changes are affected. I also want to improve flight safety as it pertains to CFIT. | H

Ken Pothier is an Airline Transport Rated pilot for both airplanes and helicopters and a former check pilot of the RCAF.