Springtime in Vancouver means two things – cherry blossoms and the CHC Safety & Quality Summit. Helicopters had the opportunity to speak with Duncan Trapp, CHC Helicopter’s vice president of safety and quality about this year’s event. 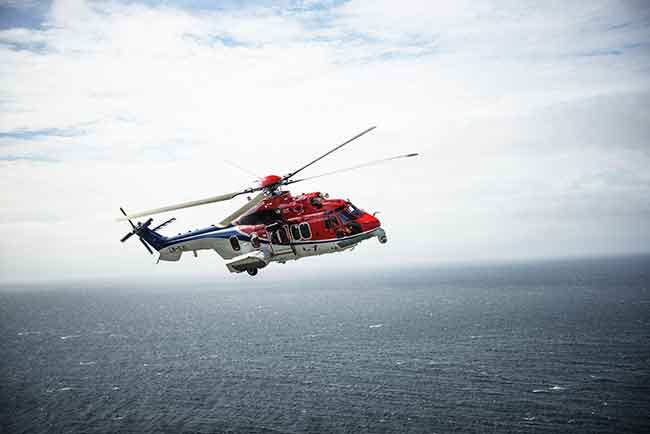 Trapp joined CHC in 2007 after 23 years with the U.K. Royal Air Force. He was named to his current position in 2012, replacing Greg Wyght, the original architect of the Summit, when Wyght moved to head the new CHC Global Operations Centre in Dallas, Texas. Under Wyght’s initial direction, the Summit has grown from an in-house CHC training initiative to include participants from all corners of the rotary world and out into the broader aviation world at large. Every year, the Summit is built around a theme, with speakers and programs focused on that. For 2016 the theme is “Back to Basics: Prioritizing Safety in a Challenging Economy.”

What does prioritizing safety in a challenging economy mean to Trapp and CHC, and what are the basics? The choice of this theme was very deliberate Trapp says, as it’s a reflection of the environment many businesses are facing around the world. Safety covers a very broad spectrum as well.

“We talk about new programs, new ways of looking at things, new thinking and bringing in technology wherever possible, Safety Management Systems (SMS) and increasingly significant programs such as FDM and HUMS,” he says. Going back to basics in training is just that – getting right down to the individual level in the organization.

Trapp is emphatic in saying that CHC is not stepping away from continuing to look at new initiatives or new ways of thinking in continuing to advance safety, but it’s also about “understanding what it means when you boil it back down to your basics in terms of the safety culture – induction training, hazard awareness training, clear procedures and just culture to back everything up so people feel safe to report and to intervene in unsafe moments.”

Safety protocols exist for a reason, but they don’t amount to much if people don’t buy in. As Trapp notes, it’s conformance versus compliance.

“If we can all put extra effort in with toolbox briefings, safety briefings and additional safety focus messages, etc. to get people to understand and then conform, then you can get that buy-in in terms of why we do what we do and why it’s important to consider either before or during a task if things begin to look not quite right,” he says. “It’s important to understand the difference between compliance and conformance because we want people to do things because it’s the right thing to do, rather than because they’ve been told to do it or to avoid getting in trouble. It’s about understanding priorities and all part of an integrated SMS.”

The challenging economy aspect of the Summit applies to global operators in many different operations, not just oil and gas. Mining in Australia has been hit very hard and the situation in Europe, with Greece and Spain in economic disarray, may signal a new normal, an era of constant economic constraints.

If that is to be the case, Trapp muses, “how do we ensure that safety doesn’t drop down the priority ladder as well – and how can we get smart with doing safety in a different way to improve our prospects when there is less money to go around?” The challenge is looking to do things more effectively or efficiently while cutting costs; maintain operational effectiveness and efficiency and save money at the same time.

Trapp looks to easyJet, the British low-cost airline that operates more than 200 aircraft, as the basis for a sound model. Last year, for example, easyJet, carried 65 million passengers in Europe, second only to Ryanair. “They have a lot of great initiatives,” he says. “They were really smart initiatives in terms of how they can go green, and how they can save fuel and ultimately save money. They are looking at bio fuel, as well as the amount of fuel they use taxiing in and out, which is significant. Can they use different technology to power their aircraft on the ground?

“They also did some good work when the volcanic ash cloud came and stopped operations across Europe. They didn’t just sit and wait for the ash cloud to clear, they got together with some other clever people and thought about what they could put on their aircraft to assess if they are flying in a safe environment. How do you do something differently, but safely, to guarantee your revenue stream? These are the kind of ideas we’re trying to look at on the other side of the coin.”

Through his time with the Royal Air Force (RAF), Trapp saw an evolution in safety practices, from risk assessment, safety reporting, education and a general overall safety consciousness. Coming into the commercial helicopter world in 2007, he was surprised at the maturity of SMS, from the way the industry looked at safety in terms of education, awareness, reporting, oversight, review and auditing. In the nine years he has worked in commercial aviation, Trapp notes a quantum shift in how operators cooperate on safety.

Industry collaboration is key to keeping the safety momentum going and he cites the creation of HeliOffshore – five founding partners and other operators in the international offshore oil and gas industry working together to drive change. This is a good example of what can be achieved. One of the key work streams this partnership has collectively developed is a solid information exchange.

“If something happens in the Gulf of Mexico, the details are shared amongst all the members of HeliOffshore so we all know the basics of what happened and the next steps being taken by the operator,” Trapp notes. “Who that operator is [is] not important – so the reports are de-identified – it’s what has happened that is the useful element. Working together on other projects like wrong-deck landings and reviewing the use of automation, all these things have really taken off in the last 18-24 months. I think that’s what will take our safety management systems to the next level, that collaboration.”

Working with clients is another way of integrating operations, streamlining services and strengthening safety practices. Trapp relates CHC’s experience with Royal Dutch Shell as a prime example. “Shell reached out to a number of its service providers and CHC was there in terms of the helicopter world,” Trapp says. “They created a safety leadership forum which has received huge buy-in. Our CEO, Karl Fessenden, is personally involved. We work together on the commercial side in an effort to take out excess cost in a way that doesn’t harm either party. We look to see if we can do it in a smarter way, which would allow us to charge them less without affecting our margin.”

Shell and CHC are also looking at each other’s safety practices in an effort to learn from each other. The two companies recently met in Aberdeen to discuss a safety leadership program. “We visited a Shell gas facility and looked at how they are approaching personal safety, how they got engagement from the workforce who were now leading the safety campaign and driving safety initiatives themselves,” Trapp says. “They are supported by management, but it was really driven by the workforce team themselves.”

Another joint safety campaign involves the types of dangerous goods and hazardous materials that can be brought onboard a helicopter or stored in cargo. Ongoing training ensures that all dangerous goods travelling as cargo have the proper manifest paperwork so crew and passengers are not exposed to unnecessary risk. The proliferation of electronic cigarettes is a good example. Several highly-publicized incidents with e-cigarettes causing fires in stowed baggage on commercial airlines have raised questions about their safe transport.

Wrong deck landings and understanding what the causes are is another HeliOffshore project.  Wrong-deck landings are infrequent, but the environment is often remote and unforgiving. One initiative includes working on common names for oil and gas platforms to reduce the opportunities for confusion. Platforms often have multiple names – a marine name and an aviation name as well as the name the oil and gas company uses.

When three sides of the equation referring to the same physical location by three different names in the same conversation, it opens the door for problems. And it’s not always that straightforward, Trapp says, because there may be maritime requirements or other protocols to be considered.

It’s just another example of how all players at the table are working together towards a common goal.

HeliOffshore has commissioned a study on the human factors involved in situations such as wrong-deck landings, with the final report due to be released in May this year. The author of the report, Dr. Steve Jarvis, will be a presenter at this year’s Summit. The results of the study will be the basis for an action plan. The key is to start small, Trapp says, develop a plan and try it in one region. If it works, then it can be expanded globally.

The CHC Safety & Quality Summit stays ahead of the curve by attracting a wide and more diverse audience. Last year saw more attendees from Asia-Pacific and South America in addition to Europe and North America. The attendees represent a cross-section from the entire aviation industry – rotary-wing, fixed-wing, military, manufacturers, insurers, airport operations and more.

Meeting expectations and satisfying attendees’ needs is paramount to Summit organizers. Being relentless in getting feedback for each presentation is also a key element.

“Over the years, the feedback has been overwhelmingly positive.” Trapp says. “But if people didn’t like a presentation or it wasn’t what they expected, we need to know so we can improve and share that feedback with our presenters or change room dynamics.” Not being content to maintain the status quo means always looking at ways to make things a little different or change the experience

Reflecting the diversity of the audience, the keynote speaker for this year’s opening session will be Mark Skidmore, director of aviation safety for CASA, Australia’s Civil Aviation Safety Authority. Skidmore served 31 years with the Royal Australian Air Force (RAAF).

During his service, he flew F-111s and led RAAF research and development squadrons before retiring in 2012 as Australia’s air commander at the rank of air vice marshal. After several years in private business, he joined CASA in 2015. When asked to speak at the Summit, Trapp describes his response as “very keen” to speak about the regulators role, especially in an economic environment when people are under pressure.

Which brings Trapp back to the basic premise of the CHC Safety & Quality Summit.

“The more people who attend, interact and contribute, the more benefit we will get from a company perspective and an industry perspective. You go back to the theme, there are a lot of good lessons to be learned from others about how they have gone back to basics and enforced the real critical components of safety. There are also some good examples of people who have brought in a different way of doing business that has not only been safe, but has also been commercially advantageous.”