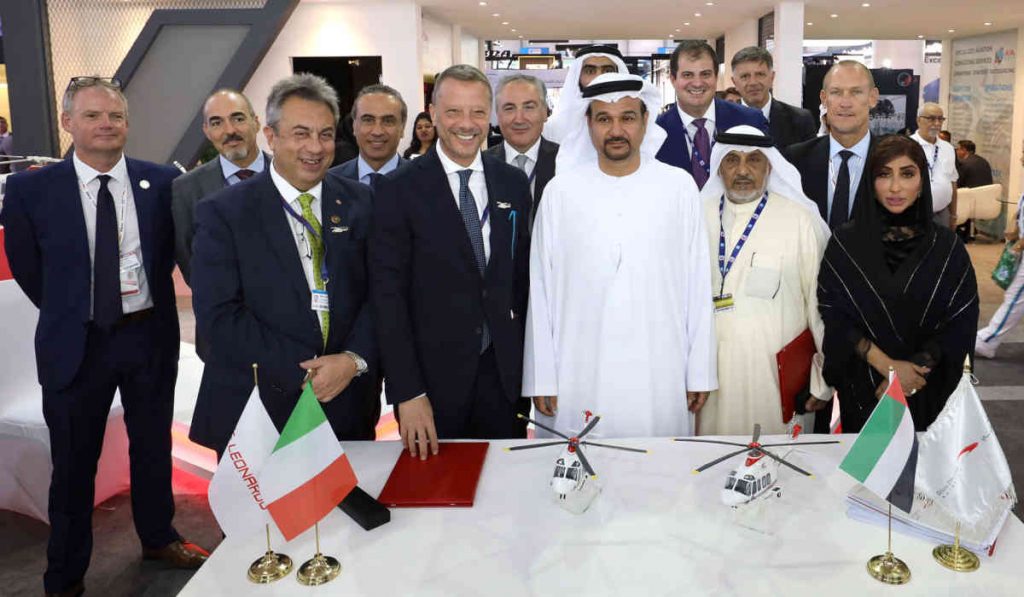 “This agreement has come to support the oil and gas industry inside and outside the UAE and to satisfy the transport, air-ambulance and other needs,” said H.E. Nader Ahmed Al Hammadi, chairman of Abu Dhabi Aviation. “It is in line with the company’s strategy to expand its fleet of new generation aircraft in order to meet its customers’ needs, in light of the expected high demand in 2020.”

Leonardo explains, that like ADA’s AW139s, the AW169s will also benefit from local support provided by AgustaWestland Aviation Services LLC, an Abu Dhabi Aviation (ADA) and Leonardo joint venture to provide support and maintenance services in the region.

The 4.8 ton AW169 is described by Leonardo as its new generation twin-engine light multi-role helicopter. More than 200 AW169s have ordered by customers worldwide.