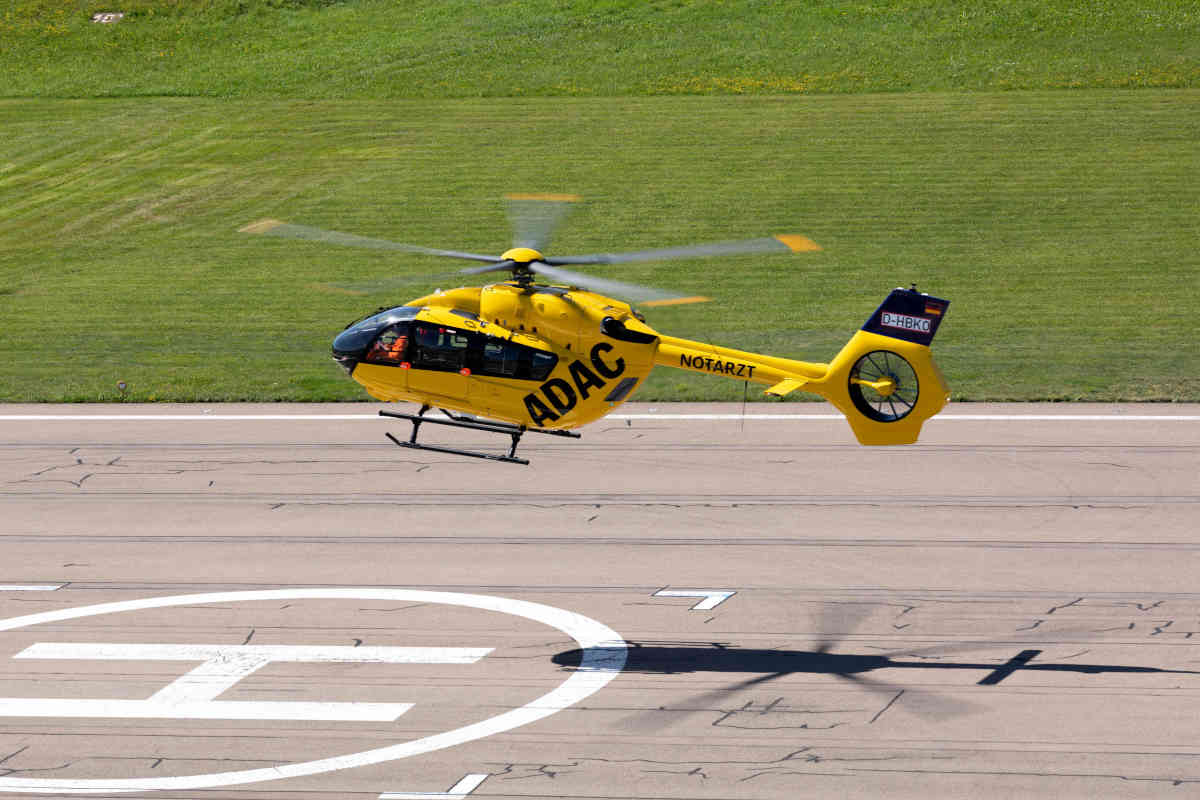 Airbus delivered the first two five-bladed H145 helicopters to ADAC Luftrettung, which plans to upgrade its current fleet of 14 four-bladed H145s to the five-bladed rotor system to focus on search-and-rescue missions.

The new version of Airbus’ H145 light twin-engine helicopter was unveiled at Heli-Expo 2019 in Atlanta. This upgrade adds a five-bladed rotor to the multi-mission H145, increasing the useful load of the helicopter by 150 kg. The simplicity of the new bearingless main rotor design will also ease maintenance operations, further improving the benchmark serviceability and reliability of the H145, while improving ride comfort for both passengers and crew. The helicopter’s high-mounted tail boom and wide opening clam-shell doors facilitate access to the H145’s spacious cabin.

ADAC Luftrettung operates more than 50 Airbus helicopters from their 37 stations throughout Germany. In June, an ADAC H145 was the first HEMS helicopter to fly with sustainable aviation fuel.

Today, Airbus has more than 1,470 H145 family helicopters in service around the world, logging a total of more than six million flight hours. For HEMS alone, there are more than 470 helicopters of the H145 family conducting air rescue missions worldwide.