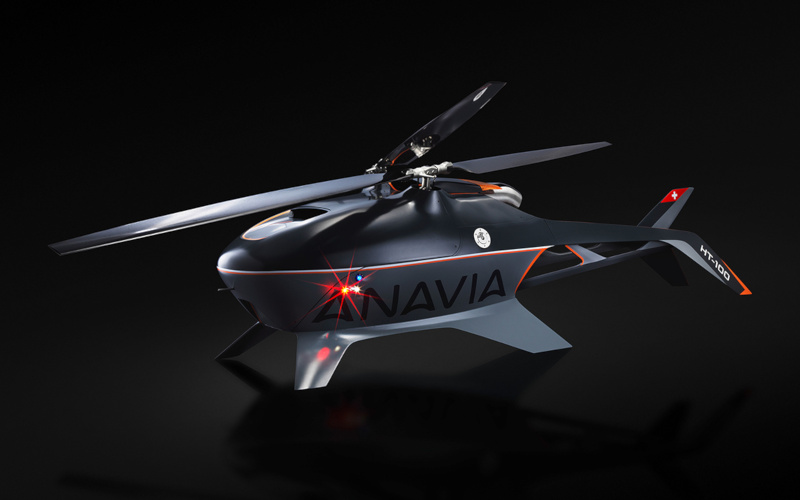 The ANAVIA HT-100 is rated for a payload capacity of 50KG and an endurance of over three hours. (Image: ANAVIA)

Aethon Aerial Solutions Inc. and AeroVision Canada Inc. on November 2 announced a research and development agreement with the Southern Alberta Institute of Technology’s Centre for Innovation and Research in Unmanned Systems and ANAVIA, a Swiss-based manufacture of heavy lift UAS vehicles.

The combined initiative will be part of the Southern Alberta Institute of Technology’s (SAIT) ongoing cooperation agreement between Canada and Switzerland related to Beyond Visual Line of Sight (BVLOS) uncrewed air systems (UAS) operations.

Under the agreement, AeroVision Canada and Aethon will leverage the expertise in long endurance RPAS of SAIT’s Centre for Innovation and Research in Unmanned Systems (CIRUS), as well as ANAVIA’s recently released HT-100 UAS to begin long-range BVLOS missions for commercial applications related to powerline inspection and other liner corridors.

“We developed the HT-100 with the intent of creating a commercially viable drone with the endurance, reliability and payload capacity to make commercial BVLOS operations possible for qualified aerospace and aviation enterprises, enabling them to commence the next chapter in autonomous flight operations,” said Jon Andri Joerg, CEO of ANAVIA. “With a payload capacity of 50KG and an endurance of over three hours, the HT-100 will be able to carry the next generation of inspection and mapping payloads replacing operations previously only possible with manned helicopters.”

The Centre for Innovation and Research in Unmanned Systems (CIRUS) is a division of SAITs Applied Research and Innovation Services arm. “We believe the integration of the CIRUS team’s expert knowledge of BVLOS requirements and its proficiency in operating advanced heavy-duty [above 25Kg] long endurance civilian drones, such as the HT-100, provides a unique opportunity for the Aethon-AeroVision team to reduce to practice commercial BVLOS operational requirements to provide drone-based long-endurance powerline inspection and mapping,” said Shahab Moeini, the Operations Manager for CIRUS.

“The result of this cooperation will be our ability to meet the next generation needs of our existing clients in the electrical utility, oil and gas, transportation, and telecom sectors,” said Alastair Jenkins, the CEO of Aethon. “We believe combining the CIRUS team’s knowledge and expertise with our own research and development efforts will create a unique opportunity to revolutionize BVLOS operations. Our co-development of technology, hardware, software and operational safety procedures will allow us to offer safe and reliable long-range commercial BVLOS operations globally.”

Aethon Aerial Solutions holds significant experience in commercial deployment of airborne LiDAR and imaging systems and software. With operations in Ontario, Alberta and British Columbia, the company’s primary application is power line inspection and mapping and has performed over 800,000 kilometres of power line mapping using a combination of helicopters and UAVs. Aethon explains it has invested significantly in developing hardware and software related to a series of fully autonomous LiDAR and imaging systems marketed under the trade name Helios-1 and Helios-2 that are planned to be leased to utilities and helicopter operators domestically and internationally under the Aethon Affiliate Program.

“The industry and government have for many years espoused the potential long-term benefits that will accrue from Drone operations BVLOS, but improvements in both the technology and regulatory framework were necessary to achieve success,” said Trevor Bergmann, the President of AeroVision Canada. “Aethon and AeroVision Canada have cooperated on BVLOS and UAV operations with Transport Canada for over five years and have an established a Cooperation Agreement with Transport Canada related to UAS operations in close proximity to powerlines.”