Air Zermatt, one of the world’s most recognized transportation and rescue companies, commemorated 50 years of high mountain operations in the Swiss Alps with the delivery of a new Bell 429 aircraft. Air Zermatt’s fleet includes two Bell 429 aircraft. 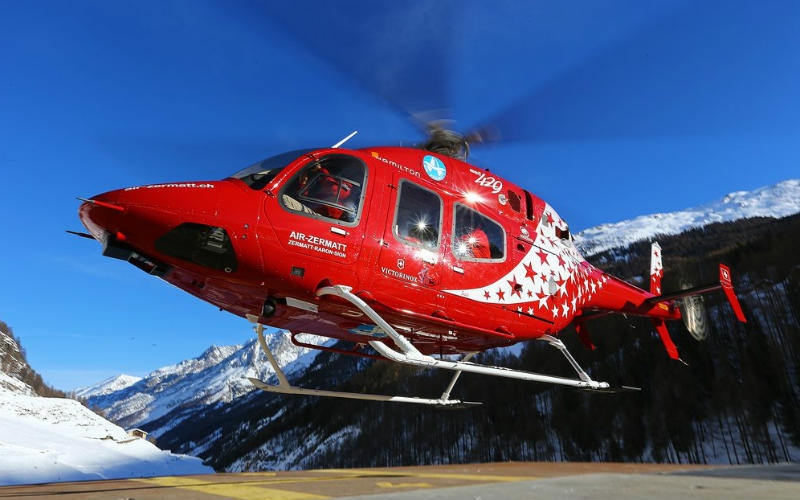 “There is no better way for us to celebrate such a significant milestone than with an exciting addition to our fleet,” said Gerold Biner, CEO, Air Zermatt. “This Bell 429 is truly customer designed and has incredible performance, especially in the tough terrain of the Swiss Alps.”

“We are delighted that after five years of Bell 429 operations, where the aircraft proved its incredible performance in one of the most demanding missions in the world, Air Zermatt chose the aircraft again for its long term twin-engine needs,” said Patrick Moulay, senior vice president, Commercial Business – International, Bell.

The Bell 429, according to the helicopter’s manufacturer, has the most cabin space in the light twin helicopter market, with flat flooring and seven passenger seating. This cabin can also fit two litter carriers, which Bell points to as another feature significant to the Bell 429. The Bell 429 also includes a fully integrated glass cockpit, WAAS/ SBAS navigation, IFR capability, and 60-inch wide side doors and optional rear clam-shell doors allow for quick and easy passenger and patient ingress and egress.