Airbus Helicopters and NHV are celebrating three years since the introduction of the H175 to the North Sea and strengthen their partnership to keep setting standards for offshore transport operations with this super medium helicopter. 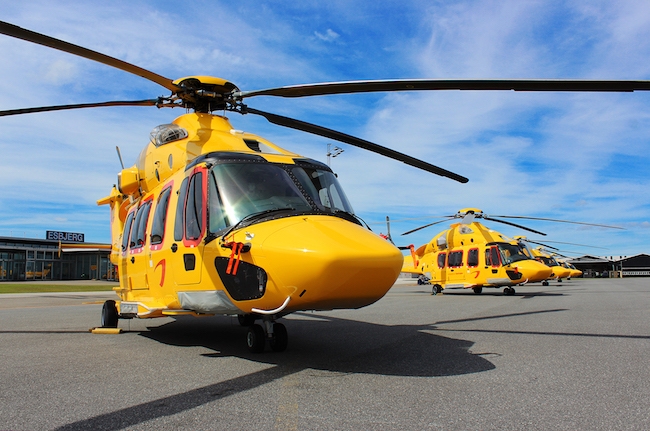 NHV was the global launching customer of this platform, whose first two aircraft entered into service in December 2014. Since then the NHV fleet has expanded with an increasing number of H175s, with the last helicopter of the first batch of ten aircraft ordered in 2012 having recently been delivered. The deliveries of the remaining six aircraft, following a second batch confirmed by the customer in 2014, will take place in the coming years to broaden NHV’s capabilities.

“I am proud that, today, NHV is the only operator with a vast experience in flying the H175. Thanks to the collective dedication of our teams, who are putting the advanced capability of the H175 into practice every day while upholding the highest levels of safety, we are successfully positioning the H175 as the new standard for oil and gas missions. We also thank our valued customers and Airbus Helicopters for being our strong partners in this success story,” says Eric Van Hal, CEO of NHV Group.

Initially operated from Den Helder, NHV gradually expanded H175 operations to other bases in the North Sea and West Africa, where the aircraft has accumulated experience and gained maturity. The aircraft is currently in operation in NHV North Sea bases of Den Helder (Netherlands), Aberdeen (Scotland) and Esbjerg (Denmark).

“I want to thank NHV for being such a strong and reliable partner,” said Guillaume Faury, Airbus Helicopters CEO. “Together we have made the H175 a benchmark for offshore transport and have demonstrated that the aircraft delivers on its commitments of safety, reliability, comfort and cost effectiveness. They can count on our continued support to guarantee the success of their demanding missions”.

Since their entry-into-service, NHV’s H175s have completed more than 8500 flights and accumulated 15,000 flight hours, with certain missions conducted in challenging North Sea weather conditions and non-stop flights performed to distances of 180 NM with passengers and cargo.