Airbus Helicopters, Inc. has received a contract modification valued at approximately $116 million to deliver 16 additional UH-72A Lakotas for the United States Army. The contract is the company’s second this year, highlighting the U.S. Army’s confidence and growth capability of the Lakota program. 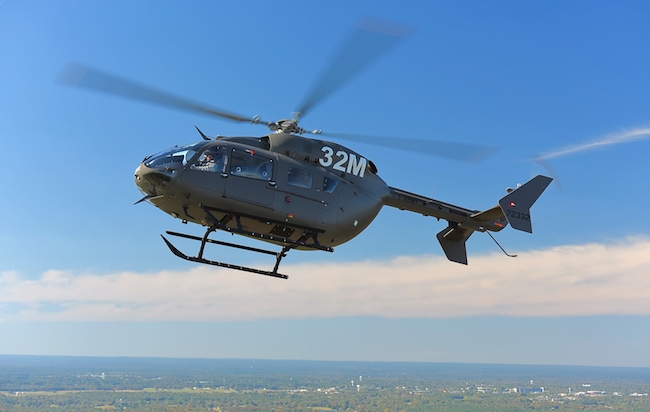 “We are proud of our partnership with the U.S. Army. As the world’s best Helicopter Trainer provider, we recognize how important an asset the Lakota is for Army Aviation and our nation. Our employees at Airbus are committed to delivering every aircraft on-cost and on-schedule, without exception,” said Chris Emerson, President of Airbus Helicopters, Inc. and Head of the North America Region.

This new contract includes the UH-72A production aircraft, associated technical and flight operator manuals and program management in training configuration for the Initial Entry Rotary Wing mission at Ft. Rucker. The aircraft provided under this contract are from a 2016 fiscal year (FY) procurement decision.

“Our mission of providing this vital national asset is crucial to the protection of our country and the closure of the pilot shortage gap,” Emerson said.

The UH-72A is a twin-engine utility helicopter used for a wide range of military operations including troop and light cargo transport, MEDEVAC, VIP transport, border security, and Homeland Defense.

Airbus has delivered more than 423 UH-72A Lakota aircraft from its facilities in Columbus, Miss., since the award of the first contract in 2005. The new contract enhances the Lakota fleet and its training mission. With additional aircraft in the fleet, Lakota operators have more capability to conduct and support disaster relief and counter-drug operations in support of civil agencies or national emergencies.

Available in multiple configurations, the UH 72A Lakota is the lowest cost to buy, own and operate of any U.S. military helicopter in production. The Lakota is a key component of the Army’s Aviation Restructuring Initiative (ARI) and the primary rotary-wing trainer for the U.S. Army Aviation Center of Excellence at Fort Rucker, Ala.

The UH 72A Lakota is fielded in and out of the Continental United States in several different configurations, performing a number of essential missions for the U.S. Army, U.S. Navy, and the National Guard.