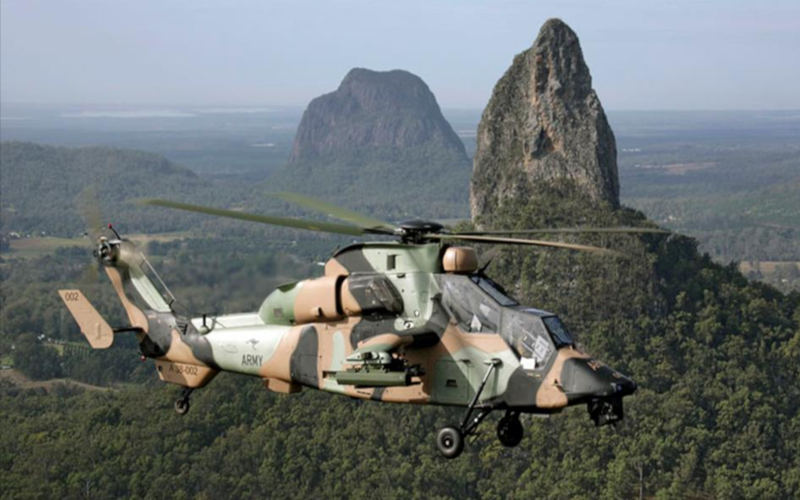 Airbus Helicopters offers Australia the Tiger for Project LAND4503, which would extend the helicopter’s operations beyond 2040. (Photo: Airbus)

Airbus Helicopters is offering what it describes as a cost-effective approach for taking the Tiger platform beyond 2040, in response to the Commonwealth of Australia’s (CoA) Request for Information (RFI) for the Project LAND4503 Armed Reconnaissance Capability. The RFI seeks solutions for the army’s future armed reconnaissance helicopter needs.

Airbus is the manufacturer of the tandem-seat Tiger helicopters introduced to the Australian Army in 2004. Eighteen of the 22 units were assembled at the Airbus site in Brisbane, Australia. The fleet has been supported in Australia for more than 15 years. Airbus explains its proposal will offer the Australian Army with more than AUD3 billion in savings against the expected budget for LAND4503.

“Tiger is an extremely agile, effective, and digitally connected armed reconnaissance helicopter,” said Andrew Mathewson, Airbus Australia Pacific managing director. “Since delivery, the Australian Tiger has matured into a fully operational army capability, and is integrated into the combined arms team. It continues to prove itself as an adaptable platform, and is now a key element of Australia’s amphibious capabilities on-board the Canberra Class Landing Helicopter Docks.”

Cost per flight hour of the Australian Tiger has reduced by more than 30 per cent, according to Airbus, and the sortie success rate is currently sitting at above 95 per cent. “Airbus proudly delivers a strong Australian industry capability, including more than 260 local staff supporting Tiger,” added Mathewson.

The Tiger fleet has logged more than 120,000 flights hours around the world, including more than 30,000 in Australia. It has provided support to counter insurgency operations in Mali, security operations in Afghanistan, and amphibious strike in Libya. Globally, 181 Tigers have been delivered to Australia, France, Germany and Spain. First deployed by the French Army in Afghanistan in 2009, the Tiger continues to demonstrate its role as a versatile, stealthy, and manoeuvrable attack helicopter.