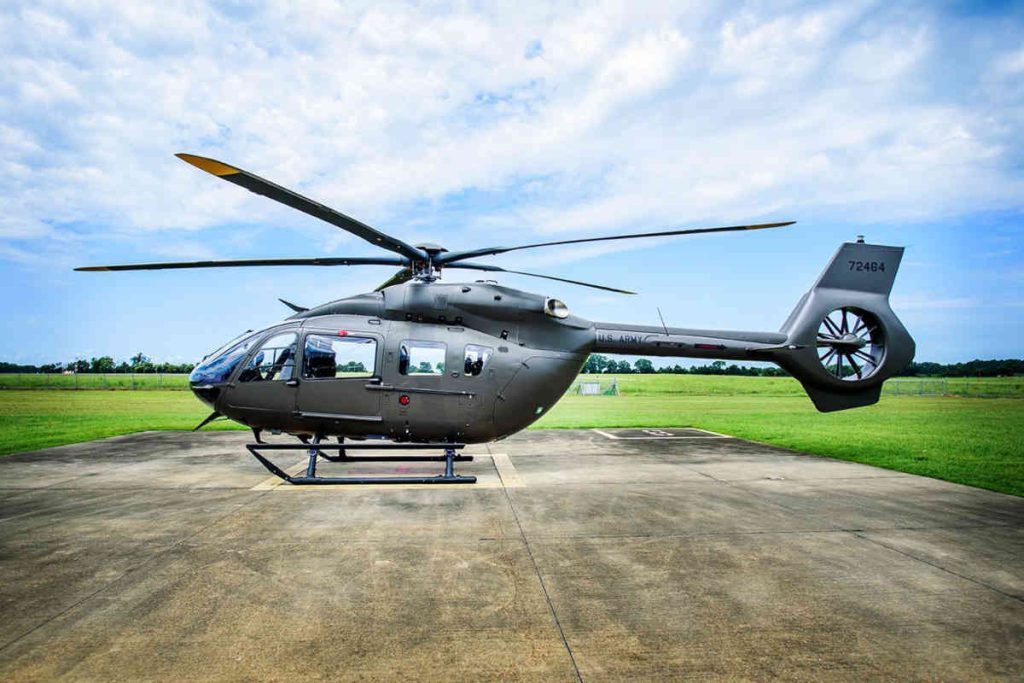 The new Airbus UH-72B variant is based on the H145 commercial aircraft, including its signature Fenestron tail rotor. (Photo: Dianne Bond, Airbus Helicopters)

The milestone also comes shortly after the first delivery of the newest UH-72B to the National Guard, as announced at the Association of the United States Army (AUSA) trade show in Washington, D.C.

“Many of the men and women who build the Lakota in Mississippi are U.S. military veterans themselves, and they take a lot of pride in supporting the aviators who serve our nation,” said Scott Tumpak, who is responsible for Airbus military helicopter programs in the U.S. With nearly 10 different configurations available, Airbus Helicopters builds the Lakota at its production facility in Columbus, Mississippi, which employs a workforce of nearly 250 employees, 40 per cent of whom are U.S. veterans.

Airbus delivered the first Lakota helicopter to the Army in 2006, which is the same year that the UH-72A was competitively selected as the Army’s new light utility helicopter. Airbus has since delivered 463 of this initial Lakota model, which primarily serves as the U.S. Army’s initial entry rotary-wing training helicopter.

Earlier this year, the Army introduced the first UH-72B Lakota to its National Guard fleet, which was the first delivery of an order placed in 2020 for 18 of the newest Lakota variant.

The UH-72B is based on the Airbus H145 commercial aircraft, including its signature Fenestron tail rotor, more powerful engines, enhanced controls and the Airbus Helionix avionics suite, among others.

By the end of October 2021, the Lakota will be operational for Army and National Guard units in 45 states and territories. It is also flown by the U.S. Naval Test Pilot School and Royal Thai Army. It is described by Airbus as a key enabler of U.S. Army combat training in Ft. Irwin, CA, Ft. Polk, LA and Hohenfels, Germany, and as well as the test range mission at the Kwajalein Atoll in the Pacific.

The Lakota performs a range of missions across its operating locations, including training, general utility, search and rescue, disaster response, homeland security, drug interdiction, command and control and VIP transport.