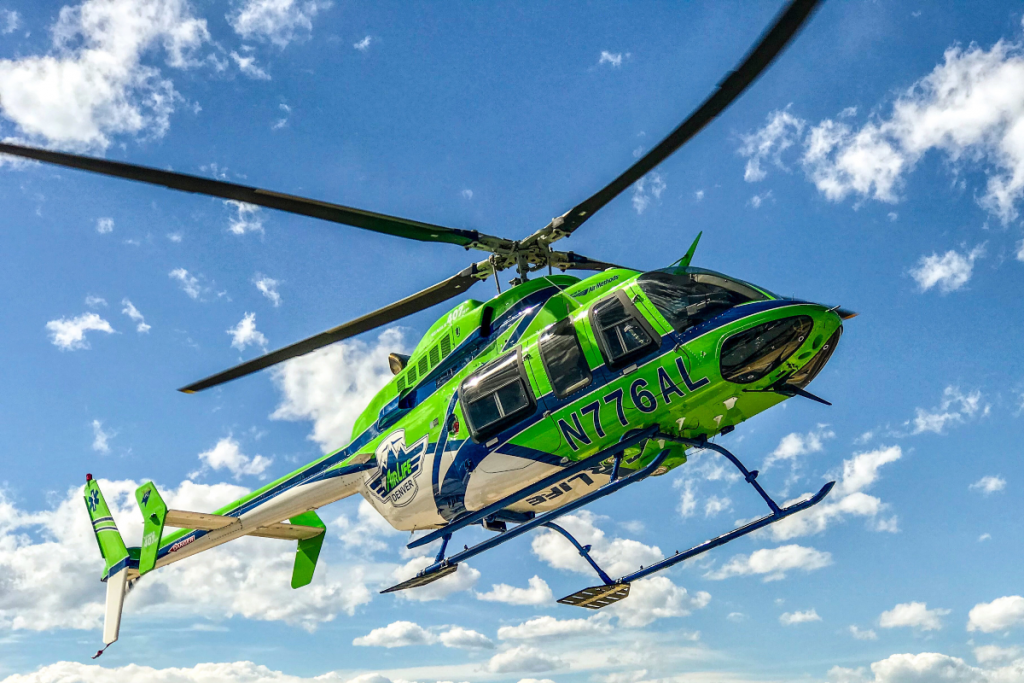 AirLife Denver first partnered with Eagle Copters Ltd. of Calgary, BC, in 2018 to increase its helicopter fleet performance and reliability in EMS, becoming the first HEMS program to integrate the Eagle 407HP engine conversion. The operation has now added a third Eagle 407HP conversion.

Eagle Copters explains the Eagle 407HP engine conversion has given AirLife Denver increased power margins resulting in higher payload capacities, fuel efficiencies, and ultimate performance in hot and high conditions. The proven airframe of the Bell 407 combined with the Honeywell HTS900 engine has made this possible, explains Eagle Copters.

“It gives us at AirLife Denver the ability to work in these challenging environments and the reassurance that we have the engine performance to conduct our patient transports in a safe and reliable envelope,” said Brian Leonard, Director, Business Operations, AirLife Denver, in a statement.

“The addition of this third Eagle 407HP will complement our currently existing two 407HP platforms by adding increased performance in our Cheyenne, Wyoming, service area. The environment and geography in this area lend themselves very well to benefit from the 407HP engine’s improved performance,” said Leonard.