Five aircrew from 12 Wing Shearwater’s Helicopter Operational Test and Evaluation Facility (HOTEF) made history on June 22, 2015, when they took the newly accepted CH-148 Cyclone maritime helicopter on its first flight as an air asset of the Royal Canadian Air Force (RCAF). 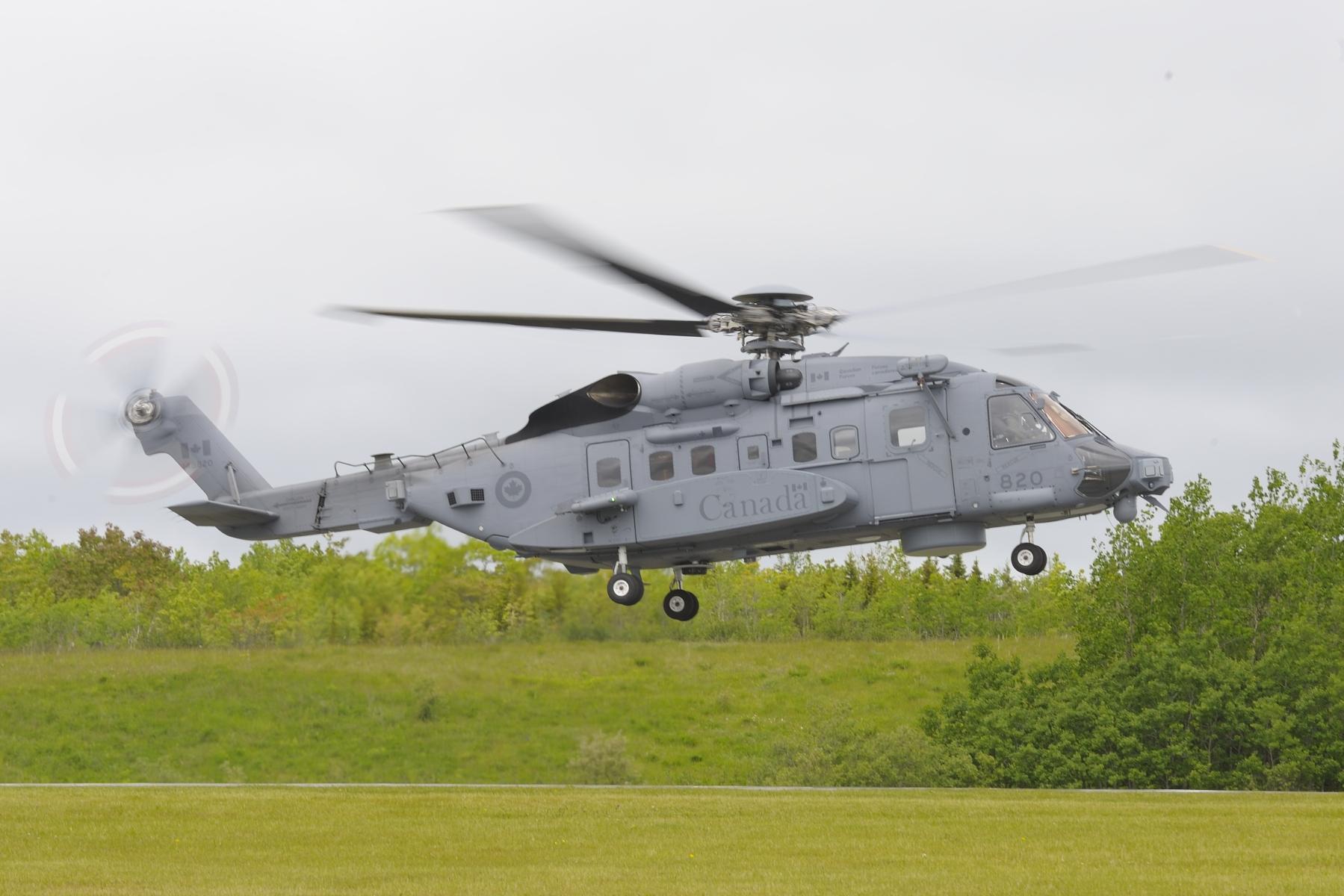 The six Cyclones, accepted by Defence Minister Jason Kenney on June 19, 2015, are based at 12 Wing Shearwater, Nova Scotia, and will be used for training and testing with the RCAF. In their final configuration, the CH-148s will be capable of a full range of anti-submarine and anti-surface warfare, search and rescue missions, and utility taskings in various environments, and will be among the most capable maritime helicopters in the world

“I think it’s fair to say we’re pretty excited,” Major Travis Chapman, HOTEF commanding officer and tactical coordinator for the first Cyclone mission, said before the flight. “We are ready for the task at hand and are looking forward to commencing the operational test and evaluation (OT&E) program in the coming weeks.”

The HOTEF pilots and crew flew aircraft tail number 820 on this milestone flight. It was a proficiency mission, aimed at refreshing aircrew and pilots who had completed the Cyclone initial cadre training program training this spring.

“There was a lot of anticipation for this flight and it took a lot of hard work at all rank and trade qualification levels to make it happen,” said Major Kirk Baltussen, flight commander and pilot for the first flight, and deputy commanding officer, HOTEF. “Because of the success of the hard work and preparation, we were able to quickly shift our focus to the task of building our proficiency as a crew. We conducted a variety of training from specific piloting skills to using the mission systems and executing utility training.”

“Needless to say,” he added, “it was very exciting to be a part of the first all-RCAF crew to fly the CH-148 Cyclone.”

OT&E on the Cyclone Block 1 will run until early 2017. It encompasses a wide range of maritime helicopter missions, including flight operations from land and sea. These operations can take place day and night (with night vision goggles, as required) in utility evolutions, search and rescue, anti-submarine and anti-surface warfare disciplines.

“We have invested a great deal of time, energy and resources into the Cyclone, and although it will continue to evolve in the coming years, it is important to start the operational testing now,” Major Chapman said. “I have every confidence the Cyclone will mature into the world-class maritime helicopter Canada deserves.”