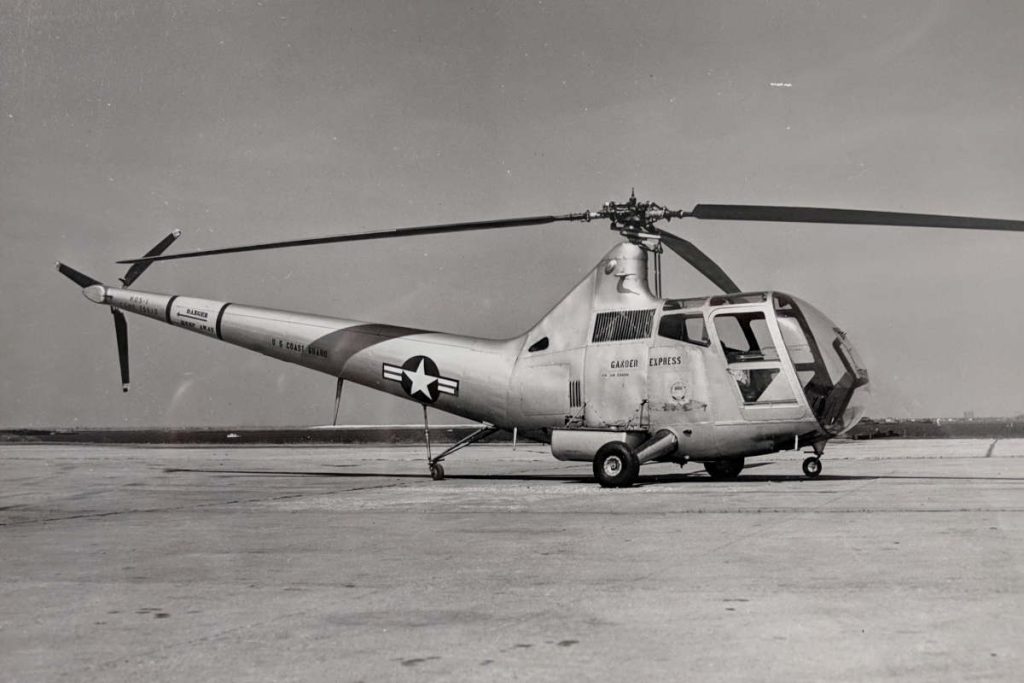 The American Helicopter Museum and Education Center on Oct. 15 unveiled its restoration of what it describes as one of the most important helicopters in United States Coast Guard (USCG) rescue history, “the Gander Express.” This vintage 1945 Sikorsky HOS-1 was restored by the Museum’s volunteers over an eight-year period.

The “Gander Express” is so named because it was one of two USCG helicopters that rescued 18 injured passengers from a crashed Sabena Airlines’ DC-4 airliner in Gander, Newfoundland, in 1946. The single rotor aircraft, explains the American Helicopter Museum and Education Center (AHM), established helicopters as rescue vehicles and cemented a place for helicopters in the USCG inventory.

“We’re fortunate to have restored the first Sikorsky HOS-1 that was involved in the first Coast Guard air rescue,” explained Douglass Schaeffer, AHMEC’s Head of Restoration, who began volunteering at the Museum in 2007. “This is the first complete restoration from start to finish that was done entirely in-house. It will also be the only HOS-1 on display anywhere.”