Features Safety & Training
Any Tie Goes to the Bear

Why cockpit discipline must extend to ground procedures 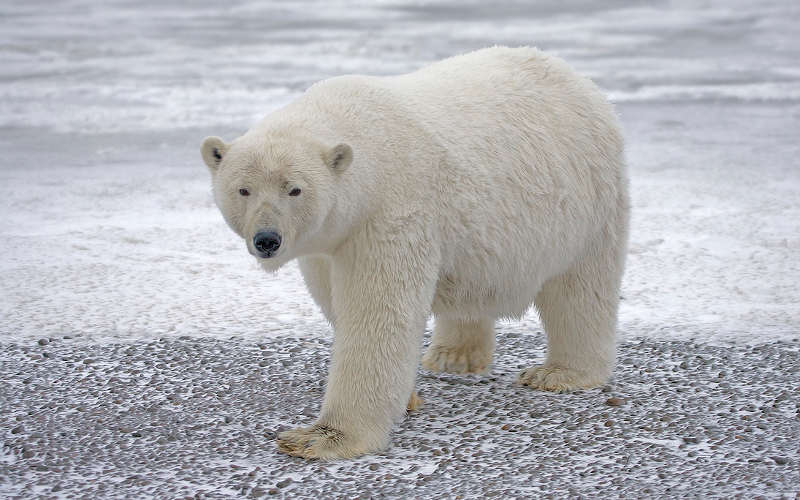 Let’s be real – there is no statute of limitations on being stupid, but I am going to tell this story anyway. In our business, I have always said, “Little things, become big things”, and the discipline we apply (or lack thereof) can mean the difference between a safe and uneventful flight, and major problems.

Years ago, I was goose banding on the coast of Hudson’s Bay in the late Spring, between Cape Henrietta and Churchill, Manitoba – the area, generally, is referred-to as Polar Bear Alley. At that time of year, the bears are coming off the melting sea ice to spend their summers on the mainland. I have seen a hundred, or so, bears along that stretch of coast. On a warm Spring day, they can be seen sunning themselves or swimming.

As the Apex Predator in the area, they are largely oblivious to presence of a helicopter and its occupants – in the air or on the ground. They are most often seen on the beach or in the coastal grass, raising their heads to observe the helicopter and Goose Banding crew, with idle curiosity.

As many of you know, Canadian Geese molt while they are raising their young – and become flightless during this period. Every year, the geese wander in large groups with their young, on the mud flats along the coast of James Bay and Hudson’s Bay. It’s a great opportunity to band the birds, because they can be herded, like cattle, with a helicopter.

Once the geese have been herded in to a tight group, four occupants are placed by the helicopter around the group – to keep them from dispersing, again. The helicopter, its pilot, and its one remaining passenger, usually a Conservation Officer (CO) with a handgun, then lands on nearby dry ground – adjacent to the mud flats – and they set up a circular net corral. That means setting aluminum poles in the ground, with netting between them, with the side facing the coast left open.

Notionally, after the four people surrounding the geese have herded the flock in to the corral’s entrance, the entrance is closed behind them with more netting and poles. The geese are removed one-by-one and the banding process begins. They are also released one-by-one as they are banded. Setting the net takes about 15 to 20 minutes for two people. It should be said that the helicopter is equipped with a shotgun and slugs, but usually the first round in the magazine is a “cracker” shell, intended to scare the animal before resorting to the more lethal force of the slugs. One person is always identified to keep watch for bears.

On this particular day, it was sunny with almost calm winds. Under normal circumstances, once the helicopter lands and shuts down, the last two occupants begin the process of moving the net, the decoys (placed at the entrance of the corral, to leave the geese with the impression that their “friends are already here”), and the bands and paperwork to the nearby netting site. It takes two or three trips. The shotgun should be carried by the pilot each time a load is moved. It varies, but in this case the helicopter was located fairly close-by, about 50 metres from the netting area.

After landing, while the aircraft was cooling down, the CO took the net to the nearby netting site and began to set up. After cooling-down the aircraft and shutting down, I started to unload the remaining equipment and paperwork. Notably, given the near-calm winds, I did not tie down the blades. On the first trip to move the gear, I did not bring the shotgun. As I arrived at the netting site, the CO remarked with some alarm, “There is a bear approaching us from the West – and he’s running!”.

Sure enough, there was an adult bear running directly toward us. Realizing now, that I was without the shotgun, I sprinted toward the helicopter, but I could see the bear was planning to converge with my trajectory at the helicopter. (He’s probably done that calculation a million times.) I could see that he would likely arrive there slightly after me.

I can still remember thinking, “Do I get the shotgun out of the baggage compartment – still in it’s case, but unlocked and unloaded – or do I try and start the helicopter and hope that the movement and noise slows him down? I imagined myself struggling with the soft case and the shells – I opted for the helicopter and an abbreviated start procedure… As soon as I hit the starter and the engine began to whine, I could see the bear slowing down, and re-thinking his lunch plans. He slowed to a stop about 40 metres away, and began to retreat as I lifted the helicopter into the air. I learned to apply cockpit discipline to procedures on the ground, too. | H

Fred Jones is CEO of the Helicopter Association of Canada.