“Flying in challenging environments like mountains or hot-and-high, the Arrius performance and reliability enhances crew confidence.” 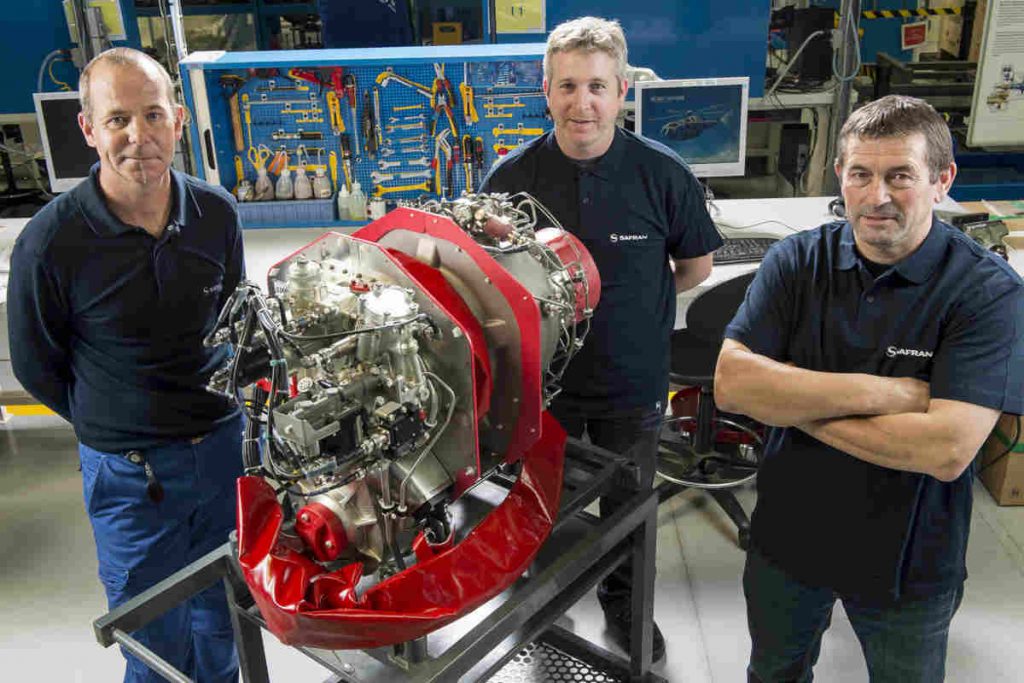 The Arrius family covers a power range of 450-750 shp and flies in both single and twin-engine light helicopters. (Photo: Philippe Stroppa, Safran)

Safran is celebrating a milestone for its Arrius engine range by reaching 10 million flight hours flown since its introduction in 1996. The company celebrated this achievement during the China Helicopter Exposition in Tianjin. With more than 3,800 units delivered to 430 customers in 60 countries, the Arrius family covers a power range of 450-750 shp and flies in both single- and twin-engine light helicopters.

Safran explains the Arrius range has maintained its status as the most competitive and robust engine solution for the light helicopter market, and it continues to be selected for new models. First installed in the EC135 in 1996, the latest Arrius 2B2Plus variant entered service on the Airbus H135 in 2014, which the company describes as particularly popular for operators conducting emergency medical services (EMS) and military training missions.

In 2016, the Arrius 2R became operational on the single-engine Bell 505. Featuring a dual channel FADEC (Full Authority Digital Engine Control), and assembled at Safran’s Grand Prairie Plant in Texas, more than 200 units are now in service. Another variant, the Arrius 2G1, powers the Russian Helicopters Ka-226T. It is in service in Russia and part of a major military contract currently under negotiation between Russia and India. Safran states the Arrius range will remain at the forefront of its propulsion offerings for the next 20 years.

“Featuring a simple and robust design, the Arrius has a reputation for low operating costs and simple maintenance,” said Fabrice Condamine, vice president of Safran’s Light and Medium Helicopters Engines Programs. “For operators conducting demanding missions like EMS, search and rescue or military training, or flying in challenging environments like mountains or hot-and-high, the Arrius performance and reliability enhances crew confidence.”

Safran also points to how Add+, an engine technological demonstrator based on the Arrius, is undergoing ground-tests. A full 30 per cent of its components are manufactured using additive manufacturing (3D-printing) techniques. Future Arrius models will incorporate such additive manufacturing components, explains Safran, allowing reductions in production cycles and weight and performances increase as well as new functionality.

Earlier Arrius variants have a hydro-mechanical control system while more recent ones are equipped with FADEC and dual channel FADEC for the Arrius 2R and future model, to improve engine operation and reduce pilot workload.

Related
CityAirbus eVTOL to be tested in Germany
Tags