Following a planned maintenance period in Victoria, BC, Asterix, Canada’s only naval support ship on February 6 departed for a year-long tour. Federal Fleet Services owns and operates the Asterix, which was built by its sister company Davie Shipbuilding. It will take part in a series of international exercises and security operations throughout the Pacific Ocean, Asia, Middle East and East Africa. 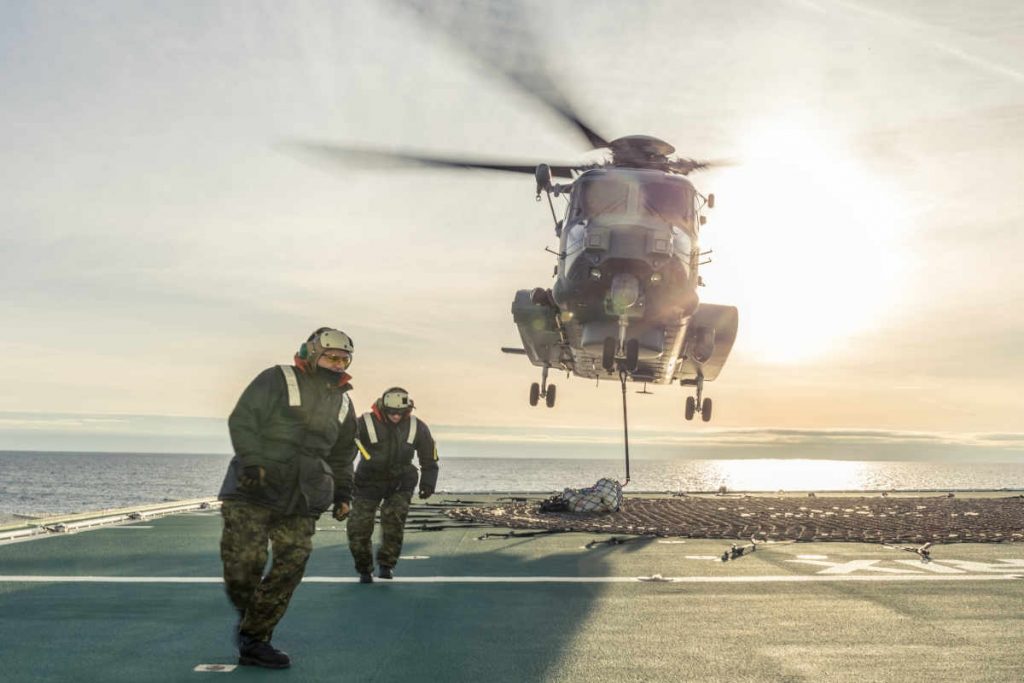 Asterix is the largest naval ship ever delivered from a Canadian shipyard. In January 2018, Asterix completed its at-sea trials and testing for the Department of National Defence and entered full operational service.

“It provides a great sense of pride for all Quebecers to see two Davie-built ships working together to make the world a safer place,” said Alex Vicefield, CEO of the Inocea Group, which owns both Davie Shipbuilding and Federal Fleet Services. “This deployment is both a showcase for the skills and expertise of Canada’s largest and most experienced naval shipbuilder, as well as Federal Fleet Services who have exceeded all expectations and worked flat-out to support the navy.”

Asterix is accompanied by HMCS Regina, a Canadian Patrol Frigate also built at Davie Shipbuilding, and is now enroute to the Indian Ocean where the two ships will take part in Operation Projection, Canada’s ongoing commitment to the region with its international security partners.

“We’ll be fortunate enough to be working with NRU Asterix so we can maintain a forward presence in the region, get through the long legs required in the Indo Asia Pacific for stores and fuel, increased medical facilities, and an expanded inventory of spare parts,” HMCS Regina’s Commanding Officer, Commander Jake French, told Lookout Newspaper.

“In 2018, Asterix and its expert crew of Federal Fleet Services staff excelled on its Asia-Pacific tour, at an operational tempo higher than any other ship in Canada’s naval fleet,” said Spencer Fraser, CEO of Federal Fleet Services. “We now look forward to venturing out further during 2019 into the Middle East and East Africa alongside the Royal Canadian Navy and our international security partners.”

Vicefield continued to explain that with Canada’s only naval support ship now deploying for another year-long tour, there are no support ships to service the rest of the fleet, specifically those operating within and defending Canada’s three coastlines. “This would be an uncomfortable position for any navy to be in so we hope the government delivers on the recommendations from the House of Commons and the Senate to proceed, without delay, to build a second ship, the Obelix,” he said.

Davie Shipbuilding noted that the first Joint Support Ship is not expected to be operational until 2025, at the earliest. The company also pointed to the following Senate of Canada past recommendation: “In order for the Royal Canadian Navy to simultaneously meet a high readiness state as part of NORAD and NATO, and to effectively defend Canada, it is recommended that the Government of Canada commit to a balanced naval capability with an effective presence in all three of Canada’s oceans and that it: Procure a second Resolve-Class Auxiliary Oiler Replenishment (AOR) ship by 2018 to address an urgent capability gap on each coast.”