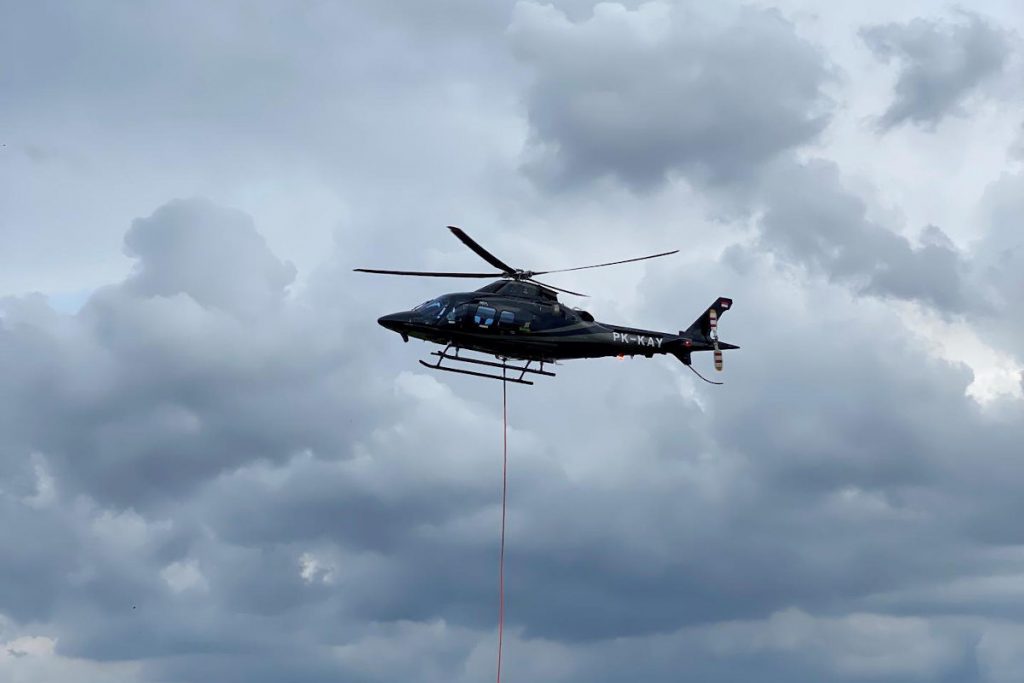 FlyKomala Indonesia has been offering helicopter and aircraft charter services since 2010. (Photo: Leonardo)

Leonardo on March 10 announced the delivery of an AW109 Trekker light twin to FlyKomala of Indonesia, marking the entrance of the type into the country’s helicopter market. The aircraft will be used by the operator to carry out a range of missions including passenger transport, utility transport, disaster relief, and emergency support duties.

FlyKomala Indonesia has been offering helicopter and aircraft charter services since 2010, performing a range of missions from mining to plantation companies. Missions such as VIP transport, aerial survey, fire water bombing, geo magnetic surveys and external cargo transport are its specialty.

The AW109 Trekker is equipped with a latest generation Genesys Aerosystems glass cockpit that can be configured according to customer needs: one or two pilots, VFR or IFR. Over 70 AW109 Trekkers have been sold to customers around the world to date, adding to around 1,500 AW109 series units sold globally.