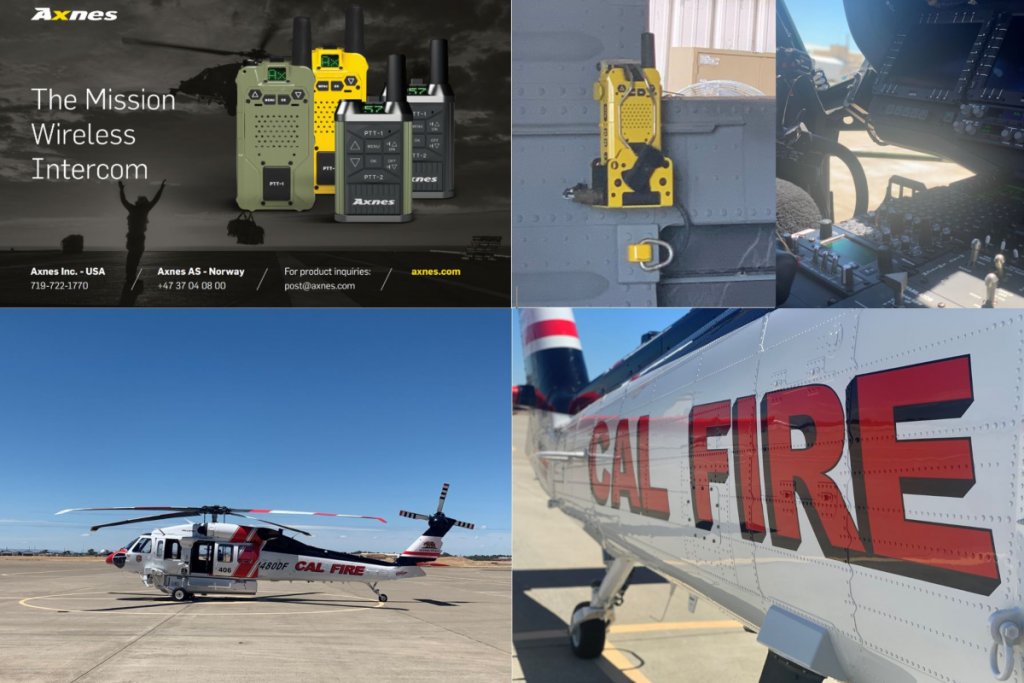 The integration of the Axnes PNG WICS was performed by United Rotorcraft in Denver, where the S-70i airframes are equipped with mission equipment, including internal audio integration and two PNG MP50 handsets, to allow crews to operate inside and outside of the aircraft with full-duplex crew communication via wireless intercom.

The MP50 handsets used by CAL FIRE is housed in a waterproof, rugged aluminium case and includes a two-to-three-mile range and secure AES 256-bit secure encryption. Battery life of the MP50 handsets include 30 hours of standby time and up to 12 hours of continuous operation.

The PNG WICS system is designed for integration into any aircraft communications suite, or it can be deployed as a standalone portable system. PNG provides robust, reliable, clear, and secure, full-duplex communications to crew members who are either wired or wireless.