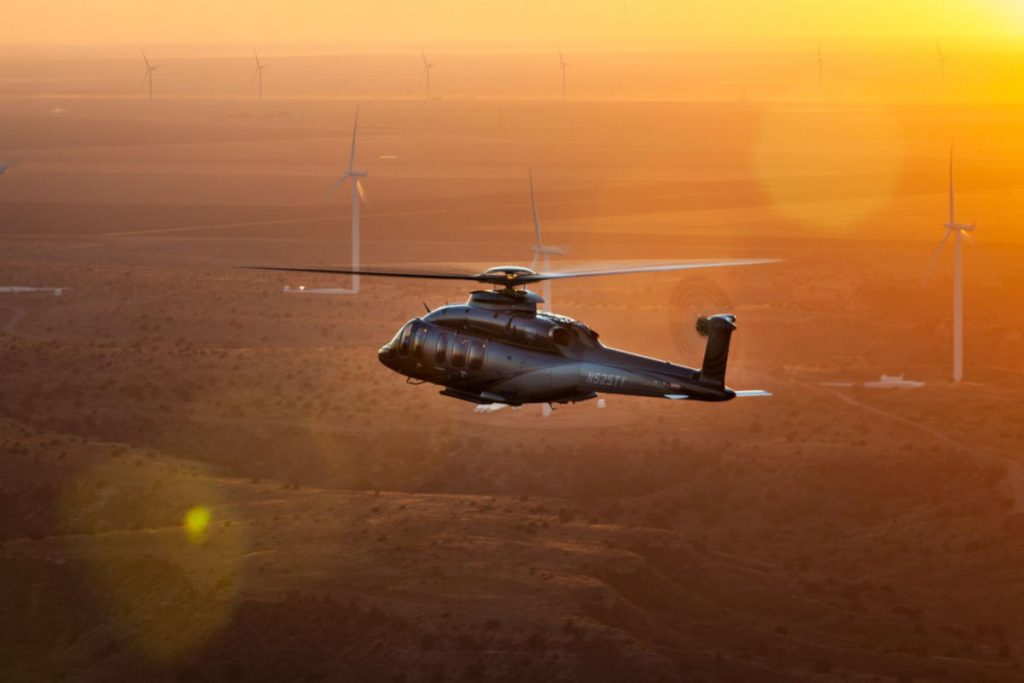 Bell on April 21 announced its 525 Relentless helicopter program reached a milestone by completing acoustic signature testing. The company states this milestone moves the 525 Relentless one step closer to becoming the first certified commercial fly-by-wire helicopter in the market.

The testing was completed over the past month at Buttonwillow Airport in northwest Kern County, California, which Bell describes as an ideal location due to its lack of background noise and proximity to Bakersfield to support the test operation technicians.

“We were able to get our test data very easily while simultaneously practicing social distancing because the monitoring locations are naturally hundreds of feet apart,” said Mike Bucka, AAAI, testing project manager. “The weather was more of an issue for this effort, but we were able to work our schedule around the rainstorms.”

Able to fit 16 passengers, Bell explains the 525 Relentless is well suited for offshore operations, corporate travel and military troop transport, among other missions. The first production-representative Bell 525, fitted with an oil-and-gas interior, made its Heli-Expo debut in January 2020 as the program was transitioning to certification flight testing.