News
Bell and Safran to collaborate on VTOL

Bell Helicopter, at the Future of Transportation World Conference in Cologne, Germany, announced a new collaboration with Safran on the development of hybrid electric power systems to support Bell’s vertical take-off and landing (VTOL) aircraft concept. 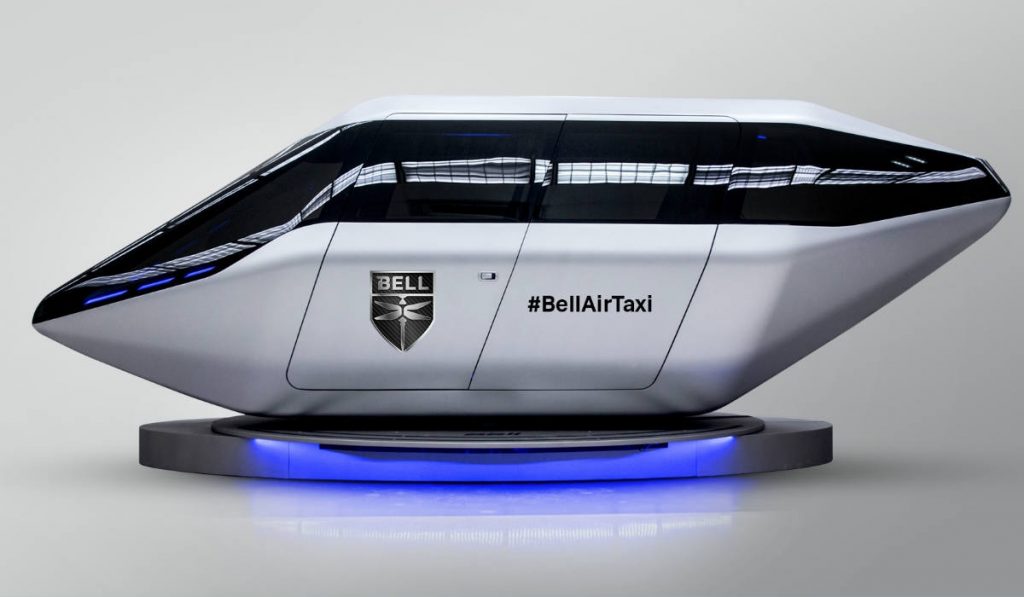 Bell’s on-demand Urban Air Taxi concept was on full display at the Future of Transportation World Conference in Germany.

In this collaboration, Bell, a Textron Inc. company, is to lead the design, development and production of VTOL systems, including its previously unveiled Urban Air Taxi concept vehicle, and Safran is to focus on the development of a disruptive propulsion systems.

Bell’s on-demand Urban Air Taxi concept was on full display at the Future of Transportation World Conference in Germany.

“Bell is at the forefront of on-demand mobility – ushering a new era of flight where the benefits of aviation are accessible to more people in more places… our work with Safran is a historical milestone for future transport solutions,” said Scott Drennan, Bell’s director of Innovation, speaking at the German conference.

Safran teams for several years have been exploring the potential of hybrid solutions for future propulsion systems. Bell and Safran explain their shared vision for electric and hybrid electric aircraft will focus on the deployment of Bell Air Taxis and new on-demand mobility systems in the future.

“Thanks to the long and sustained technology-development strategy conducted within the Safran group, we can now offer Bell our hybrid electric power solutions for their next generation products…,” said Stéphane Cueille, Safran senior executive vice president, R&T and Innovation.