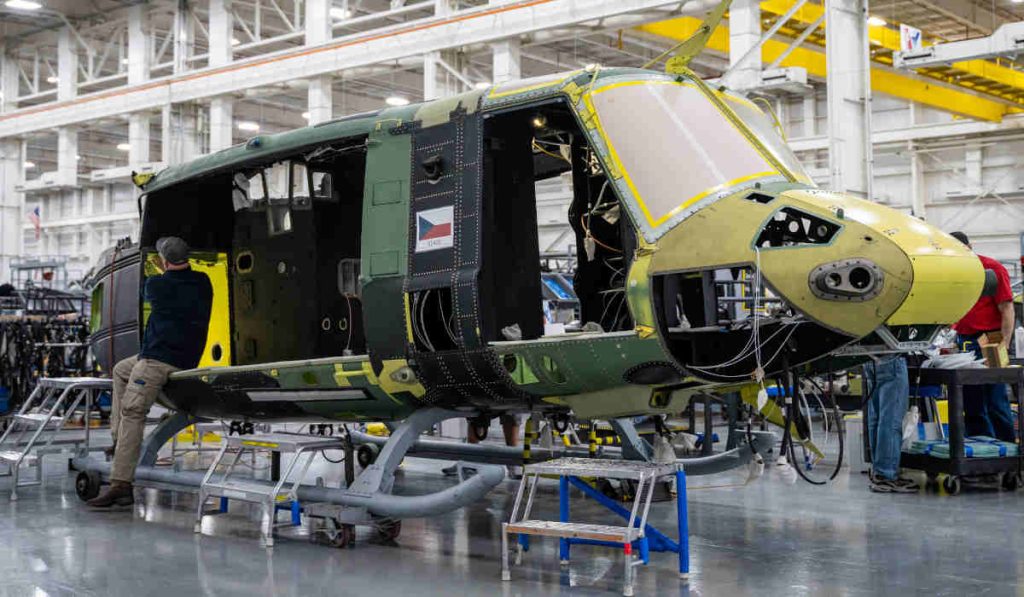 A Bell employee works on a Czech Republic UH-1Y at the Amarillo Assembly Center in Texas. (Photo: Bell Textron)

“Bell remains focused on producing exceptional combat aircraft and providing modern capabilities for the Czech Air Force as a partner in the H-1 program, along with the U.S. government,” said Mike Deslatte, vice president and H-1 program director, Bell.

Bell’s work beyond aircraft manufacturing includes building a flight training device for the Czech Republic, essential to integrating the new helicopters into the Czech Armed Forces.

Bell began production on the Czech Republic UH-1Y in 2021, marking the first production for an international operator of the UH-1Y. The Czech Republic’s purchase of both the AH-1Z and UH-1Y takes advantage of the 85 per cent commonality between parts, while also enabling what Bell describes as full mission capabilities between both aircraft. 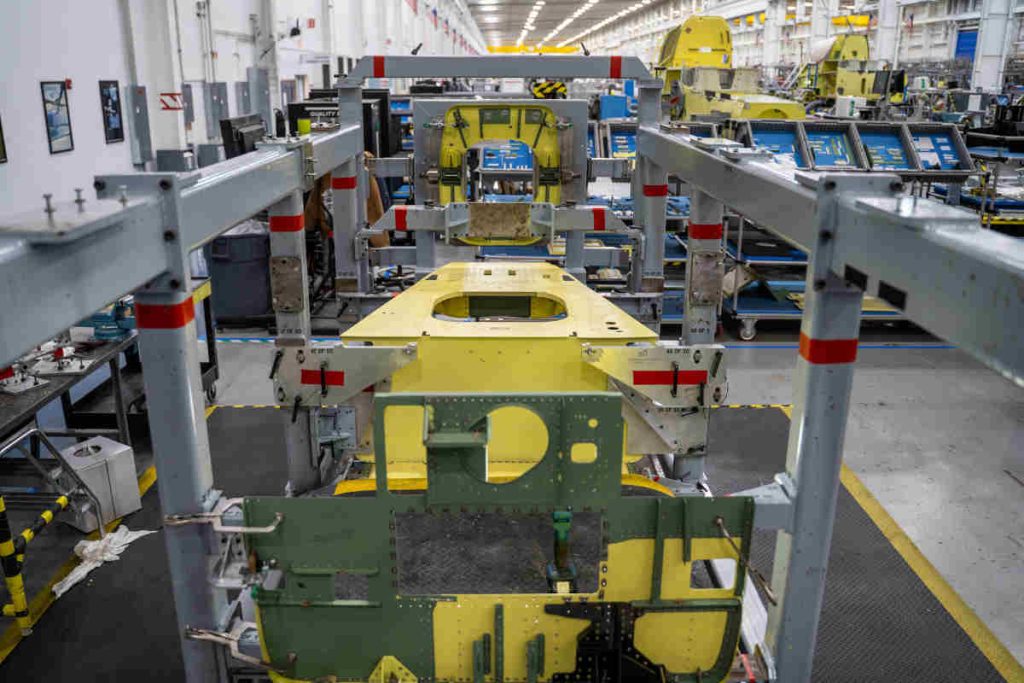 The cabin of a Czech Republic AH-1Z is loaded onto the manufacturing line at the Amarillo Assembly Center to begin production. (Photo: Bell Textron)

In addition to the Czech Republic, Bell is producing AH-1Zs for the U.S. Marines Corps and the Kingdom of Bahrain. In total, the H-1 program is on track to produce 217 AH-1Zs and 168 UH-1Ys, with more than 100 consecutive H-1s delivered on time for the USMC and FMS customers.