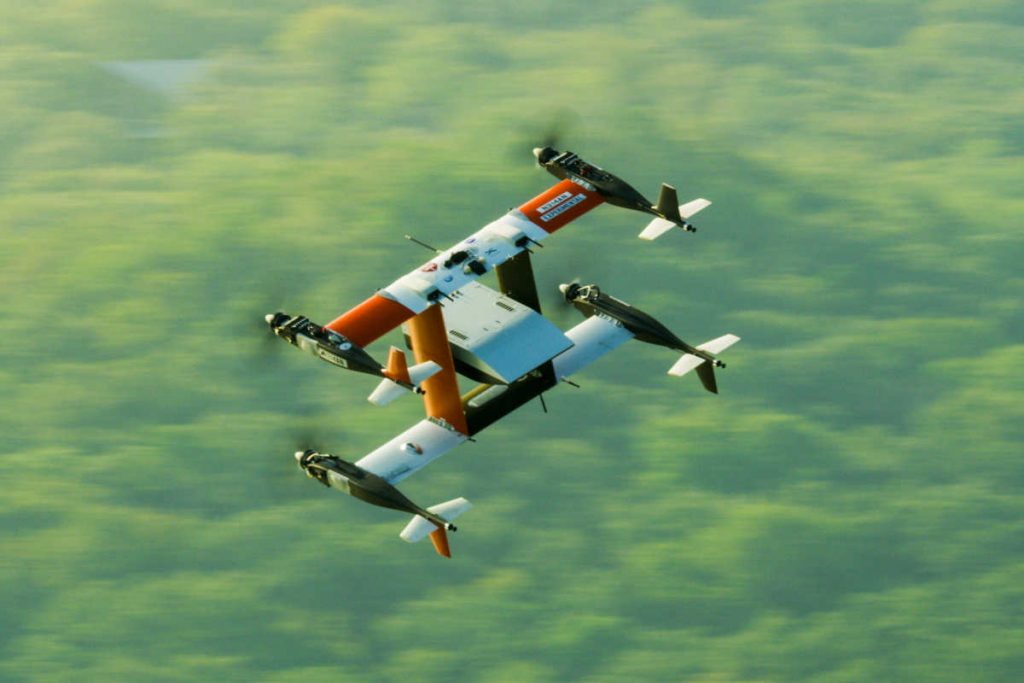 The Bell APT 70 flew a preprogrammed 10-mile circuit path along the Trinity River as part of its initial demonstration within a NASA program to assess commercial viability and airspace needs. (Photo: Bell Textron)

Bell Textron Inc. today announced the successful flight of the Bell Autonomous Pod Transport 70 as part of a joint flight demonstration program with NASA, designed to assess the safety and utility of unmanned aircraft for future commercial uses, with a primary focus on airspace utilization and related flight parameters.

Bell was selected to participate in NASA’s Systems Integration and Operationalization (SIO) activity in 2018, which includes multiple flight demonstrations focusing on different types of Unmanned Aircraft Systems (UAS) and flight environments. Bell explains the objective of its first SIO demonstration with NASA was to execute a Beyond Visual Line-of-Sight (BVLOS) mission in an urban environment, transitioning into and out of Class B airspace representing future commercial flights.

Mission results will be used to evaluate and demonstrate Detect and Avoid (DAA), as well as Command and Control (C2), technologies for use in future certified operations in controlled and uncontrolled airspace. Data collected during the demonstration, explains Bell, will be used to support future standards development and Federal Aviation Administration (FAA) certification guidelines.

“This successful demonstration highlights the great potential for the APT 70 to complete complex missions for businesses and healthcare providers,” said Michael Thacker, executive vice president, Innovation and Commercial Business, Bell. “With teammates like NASA, we can carve a path forward for future commercial operations to solve the cargo and goods transportation challenges our world currently faces.”

Launching from Bell’s Floyd Carlson field in Fort Worth, Texas, the APT 70 flew a pre-programmed 10-mile circuit path along the Trinity River. Once armed from the ground control station, the APT 70 initiated a vertical takeoff. The vehicle then rotated to fly on its wings, explains Bell, where it became nearly silent to the ground below.

Bell notes the APT 70 executed its mission profile at an altitude of 500 feet above ground level. The route included a road crossing and transition in and out of Class B airspace. Communication between the ground station and the aircraft was maintained through a redundant datalink. Bell explains a prototype airborne detect-and-avoid system, along with visual observers, provided the remote pilot with awareness of air traffic in the vicinity and recommended flight maneuvers.

“NASA is excited to partner with Bell to help accelerate routine UAS operations into the national airspace with this successful flight demo,” said Mauricio Rivas, UAS integration in the NAS project manager at NASA’s Armstrong Flight Research Center. “Our efforts with Bell and our other SIO industry partners will help commercial UAS move closer towards certification to make missions like this transport flight a common event.”

Bell’s technology partners for this demonstration included Xwing and the University of Massachusetts Amherst’s Center for Collaborative Adaptive Sensing of the Atmosphere (CASA). Integrated onto the APT 70 is Xwing’s airborne, multi-sensing detect-and-avoid system, which is comprised of radars, ADS-B, visual system and onboard processing to provide aircraft tracks and pilot alerts transmitted to the ground station. The APT 70 also includes CASA’s integrated display to provide pilots with local weather risk awareness and route-based weather alerts issued by their City Warn Hazard Notification System deployed in the DFW metroplex.

Bell envisions in the future how an operational APT 70 could provide efficient, rapid and dependable transport for payloads up to 70 lbs. The company estimates the APT 70 can move three times as fast as ground transportation. The vehicle is capable of autonomous flight, automatically flying a programmed flight route and handling an array of contingency functions. Bell notes potential uses for the APT 70 include medical deliveries, third-party logistics, offshore delivery and humanitarian relief, among others.