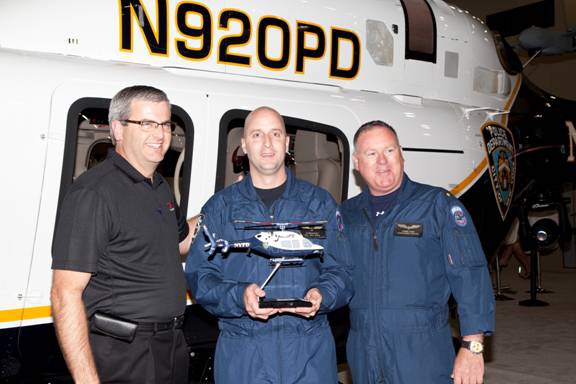 The NYPD has two Bell 412EPs, a Bell 407 and now four Bell 429s in service for a variety of missions ranging from search and rescue at sea to gathering intelligence and combating terrorism.
“We are glad to share in the excitement with the NYPD on the final delivery of the Bell 429 into their fleet,” said Anthony Moreland, Bell Helicopter’s vice president of North American sales. “The NYPD has been a Bell helicopter operator for many years, and we take great pride in our relationship and providing them with our reliable aircraft.”

Bell Helicopter has been a part of the NYPD since 1948 when it delivered a Bell 47, the first Bell helicopter to be used as part of an airborne law enforcement team. Since then, Bell Helicopter has strived to provide innovative product solutions and the best customer support and service to maintain its valued, long-standing relationship with the NYPD.