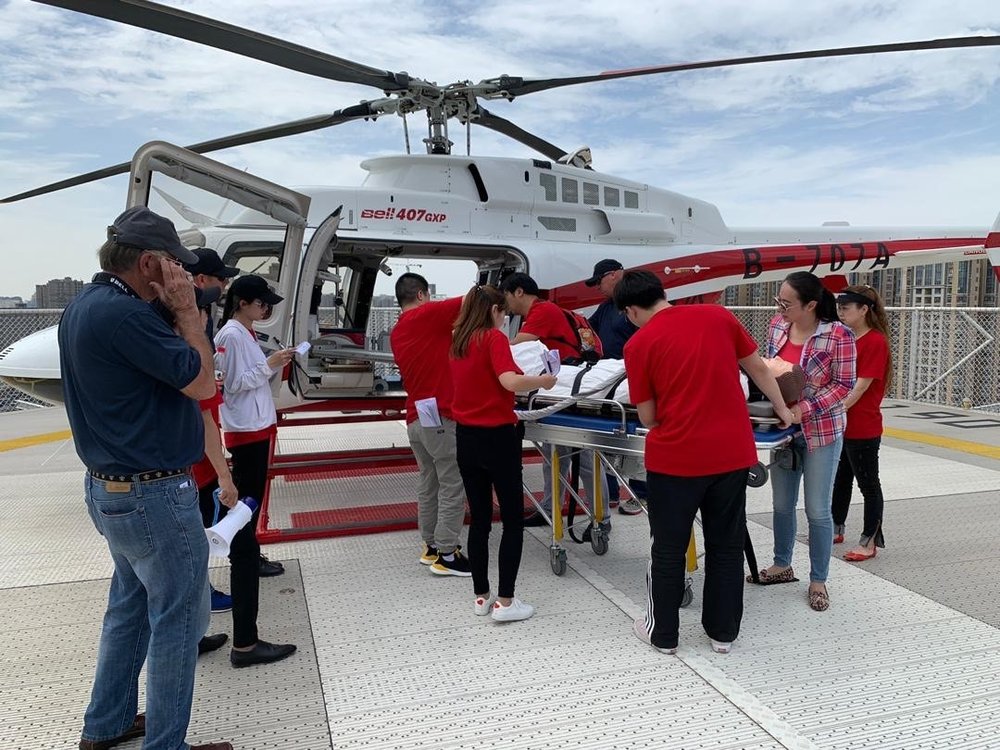 Bell Helicopter in collaboration with Shaanxi Helicopter Co. Ltd. (SHC) and Shaanxi Provincial People’s Hospital, completed an Air Medical Services (AMS) training exercise in China. This exercise, explains Bell, is an initial step toward developing air medical capability for the Implementation Program for a Joint Pilot of Aviation Medical Rescue launched earlier this year by the National Health Commission of China and the Civil Aviation Authority of China (CAAC).

“Together with SHC, we are excited to be leading the development of an Air Medical Services network in China,” said Jacinto Monge, Bell managing director for North Asia. “During the two-week event, expertise on best practices was shared through academic seminars and practical training using real-life simulations.”

With the support from Med-Trans Corporation, a U.S. air medical service company, more than 50 people from Shaanxi Helicopter and the People’s Hospital participated in the exercise which covered aviation safety practices and culture, functions and responsibilities for medical transport, flight planning and decision making, crew resource management and flight physiology. In addition, Bell Explains an introduction to the cross-functional coordination among emergency response, medical care, dispatch and aviation was provided to create a safe and effective air medical network solution for China.