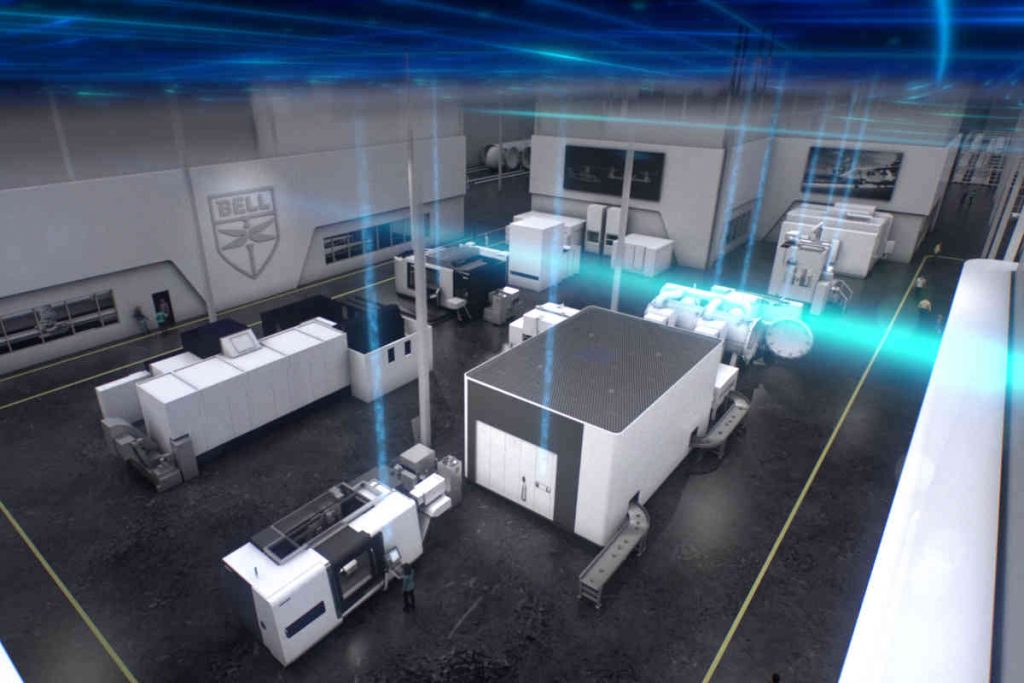 The Bell Manufacturing Technology Center would produce a digital twin of itself to create a common operations approach throughout the building. (Photo: Bell)

Bell Textron Inc. unveiled plans for a new 140,000-square-foot Manufacturing Technology Center to be built in Fort Worth, Texas. The facility, explains the company, will test and refine technologies and processes focusing on Future Vertical Lift (FVL) aircraft.

This would include the 360 Invictus aircraft concept currently competing for a U.S. Army contract under the ongoing Future Attack Reconnaissance Aircraft procurement program. Bell is also competing within the U.S. Army’s Future Long Range Assault Aircraft procurement program, with its tiltrotor V-280 Valor aircraft, which would also see development at the planned Manufacturing Technology Center (MTC).

“The MTC is the next step in successfully deploying new manufacturing technologies and processes into Bell’s future factories,” said Glenn Isbell, vice president, Rapid Prototyping & Manufacturing Innovation. “These future factories working together with our teammates and suppliers, will be designed to enable high-quality, high-rate production of the Bell V-280 Valor, Bell 360 Invictus and other future aircraft.”

Bell states the facility was built for digital connectivity, noting the building’s IT network and cybersecurity systems would manage the inflow and outflow of materials, as well as the movement of activity throughout the factory. Bell states the MTC would produce a digital twin of itself that gives everyone a common operating picture of the building, equipment and processes.