Bell Helicopter has announced the successful demonstration tour of the Bell 412EPI throughout Nepal. 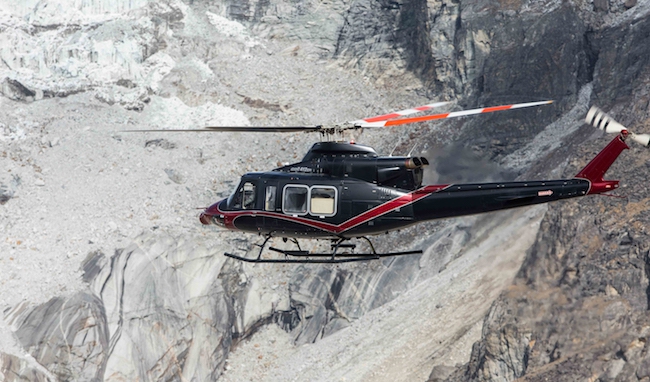 The Bell 412EPI demonstrated landing and take offs from 15,200 ft., ground effect hover at nearly 18,000 ft. density altitude and then flew up to 20,000 ft. pressure altitude near Mount Everest with five passengers onboard. Bell Helicopter pilots also demonstrated the performance of Bell 412EPI in the Annapurna Ranges around Jomsom Airfield in Western Nepal. Last year, the Bell 407GXP embarked on a similar demo tour in the area also successfully climbing to an altitude of 20,000 ft.

“I’m proud to say another Bell Helicopter product has demonstrated its heightened capability and customer-driven enhancements during a demo tour throughout Nepal,” said Sameer A. Rehman, managing director, Asia Pacific. “The Bell 412EPI received praise for its smooth ride, maneuverability and increased performance in high altitudes proving that our products are built to perform in the highest terrain on the planet.”