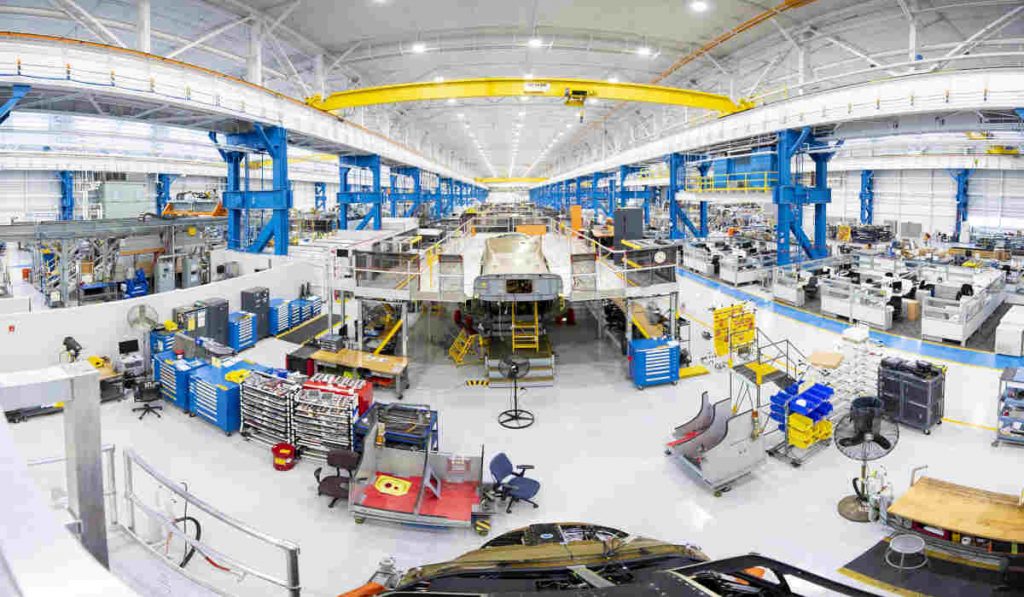 Boeing, the U.S. Marine Corps, U.S. Air Force and U.S. Navy celebrated the transformation of a 350,000-square-foot facility outside Philadelphia into a modern factory where company employees will build fuselages for the V-22 tiltrotor aircraft and modernize the MV-22 fleet for the Marines.

“Boeing’s $115 million investment supports U.S. and international demand for the unrivaled capabilities of the V-22,” said David Koopersmith, vice president and general manager, Boeing Vertical Lift. “We started this project two years ago in a mothballed building. Now, it is a state-of-the-art manufacturing centre for the only in-service tiltrotor aircraft in the world.”

Boeing explains the new factory will improve safety and productivity, lower operating costs, and reduce the company’s environmental impact. It will be home to the Common Configuration – Readiness and Modernization (CC-RAM) program that standardizes the Marine Corps Osprey fleet by upgrading previously built aircraft to the new Block C configuration. The factory will also house fuselage production for Navy, Air Force, Marines, and international Osprey customers.

“The V-22 readiness program is our number one priority,” said U.S. Marine Corps Col. Matthew Kelly, V-22 Joint Program Manager. “The CC-RAM program is key in meeting our readiness goals and returning capable and reliable aircraft to Marine units around the world.”

Boeing employs approximately 4,600 people in Pennsylvania and supports 16,000 direct and indirect jobs in the commonwealth.