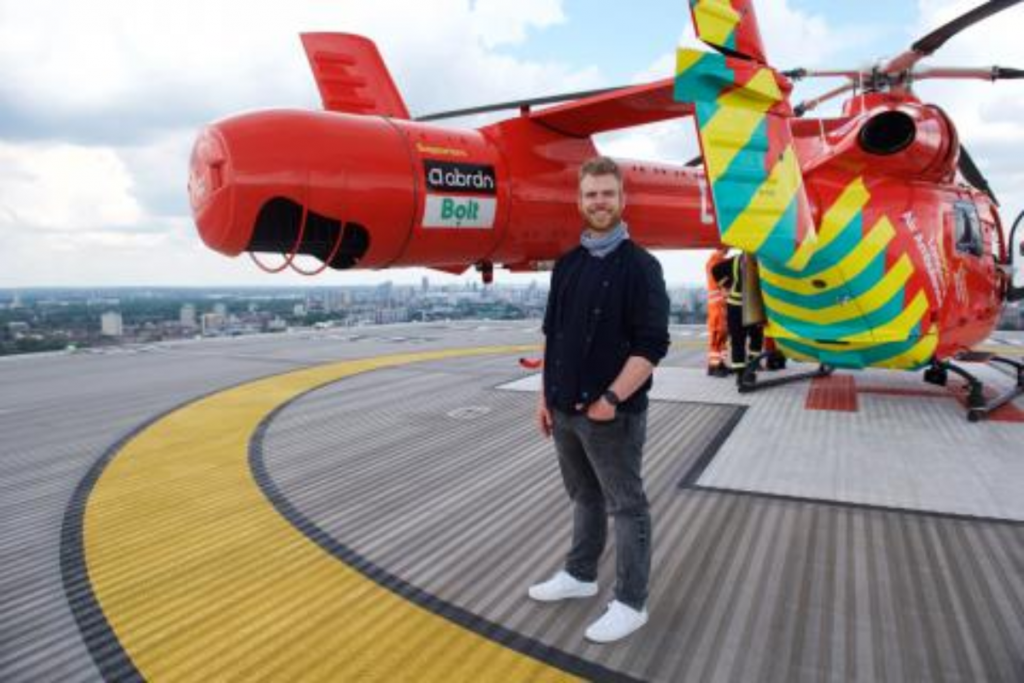 Bolt, one of London UK’s ride-hailing operators, is partnering with London’s Air Ambulance Charity in recognition of its 32-year service providing round the clock trauma care to the people of London.

London’s Air Ambulance is reliant on public donations to meet its annual running costs of over $19 million. On the afternoon of August 23 Bolt launch the partnership by hosting a dedicated London’s Air Ambulance ride-type on its app, next to the existing XL and Electric car options. The ride-type will work like a normal Bolt ride, but with every trip passengers can donate a portion of the ride fare directly to London’s Air Ambulance Charity. The new category will be available in the Bolt app in London in the weeks running up to Air Ambulance Week between 6th – 12th September.

As of August 25, Bolt’s logo will also appear on the iconic red helicopter, and Bolt’s growing UK team will be participating in numerous fundraising activities for the charity over 2021. In addition to its initial sponsorship commitment, Bolt is supporting London’s Air Ambulance Charity in attracting new supporters with an extensive marketing campaign on its app — aimed at increasing public awareness of the charity.

London’s Air Ambulance delivers an advanced trauma team to critically injured patients when time is of the essence and serves the 10 million people living and working within London. The charity is the only one of its kind in London to perform immediate life-saving medical procedures normally only found in a hospital emergency department  at the scene of an incident. Since launching 32 years ago, the service has treated over 42,000 patients.

Sam Raciti, Bolt’s UK Regional Manager, commented in a statement: “London has been such a welcoming home to Bolt for two years that our team wanted to say a proper thanks. We are proud to be supporting an iconic service which is there for Londoners 24/7. Like other charities, LAA has faced a difficult 18 months — but the amazing paramedics and doctors have continued to serve London and save lives throughout, and we’re delighted to play our part in helping to keep the red helicopters flying”.

Jonathan Jenkins, CEO of London’s Air Ambulance Charity, added:  “We are extremely grateful to Bolt for their generous support of the charity, especially following the pandemic. This contribution will help us save more lives in London and will also help to raise awareness of London’s Air Ambulance Charity throughout the capital. Thank you to all of the team at Bolt, we are delighted to be your first London charity partner.”