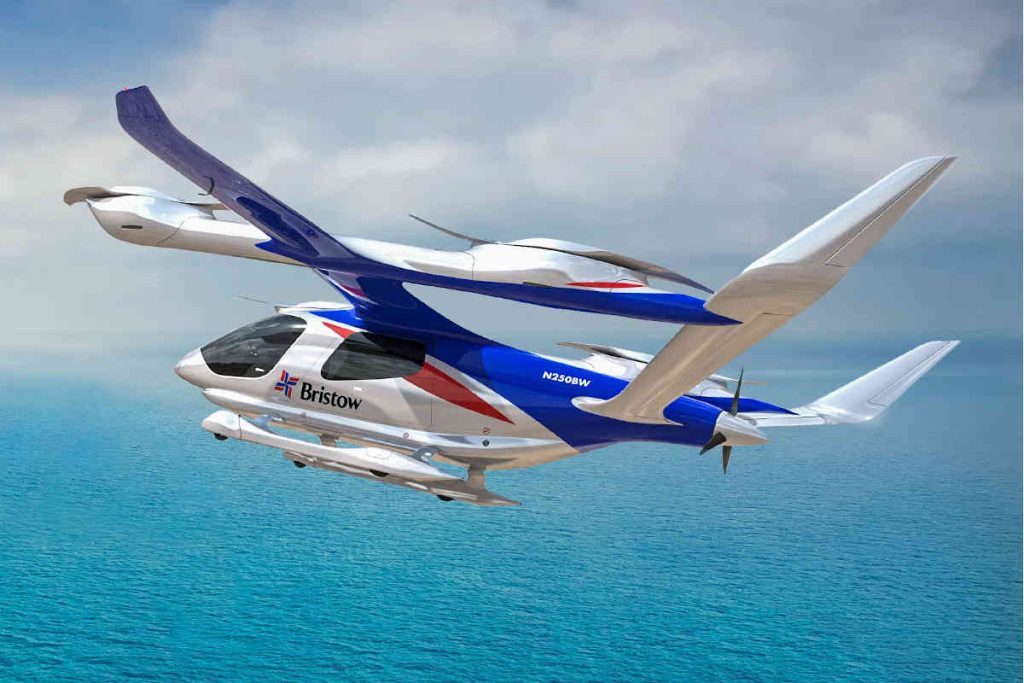 Bristow Group placed a firm order for five electrically powered vertical take-off and landing ALIA-250 aircraft manufactured by BETA Technologies. As part of the agreement, Bristow also has the option to purchase an additional 50 ALIA aircraft.

The ALIA is expected to have a maximum range of 250 nautical miles and is designed to carry 1,400 lbs of payload or it can carry six people including a pilot. With a 50-foot wingspan and a carbon-fiber fuselage, the aircraft uses a single distributed direct-electric propulsion system and has four horizontally mounted rotors that provide vertical lift and a single propeller in the rear to propel the aircraft forward.

Stepanek continues to explain Bristow plans to use the BETA ALIA aircraft to move passengers and time-sensitive cargo as part of the development of new regional mobility networks in the U.S., as well as other strategic locations.

“Over the past few months, we’ve made strides with our flight test program, proving the aircraft is capable of performing in conditions it will see in service,” said Kyle Clark, Founder and CEO of BETA. “We are gratified by Bristow’s confidence in our continued progress.”

Bristow notes the battery used by the ALIA aircraft will be charged in under an hour using BETA’s own charging infrastructure, which can be deployed as a standalone fixture to enable airport operations or integrated into a charging pad for off-airport applications.