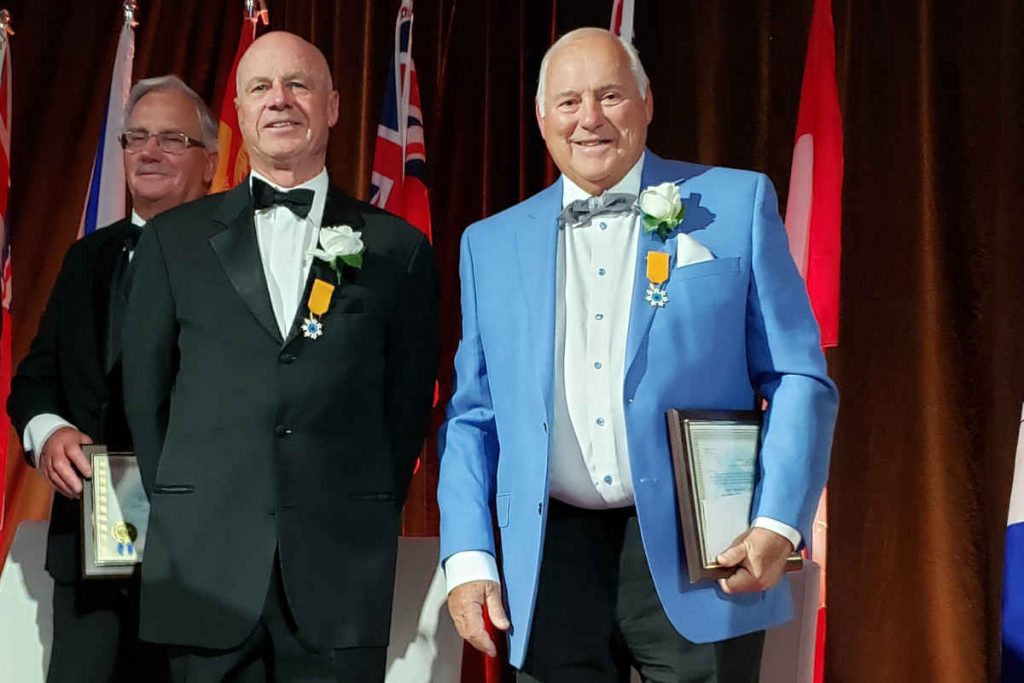 Barry Lapointe, founder and CEO of Kelowna Flightcraft, is inducted into the Canadian Aviation Hall of Fame. (Photo: KF Aerospace)

Canada’s Aviation Hall of Fame (CAHF) on May 16 introduced its five newest inductees, bringing its members to 233 since formation in 1973. The induction took place during the 46th Annual Induction Ceremony gala at Bombardier’s Laurent Beaudoin Completion Centre in Montreal.

This year’s aviation additions include:

• David Charles Fairbanks, a three-time recipient of the Distinguished Flying Cross, who enlisted in the RCAF in 1941 and by 1955 became a test pilot for de Havilland Canada;

• John Peter Holding, executive with Canadair/Bombardier and past CAHF chairman;

• Barry Lapointe, founder and CEO of Kelowna Flightcraft, which is now known as KF Aerospace, employing more than 1,000 people;

• James McDougall, founder of Harbour Air, based in Richmond, BC, which is now the largest floatplane organization in the world; and

• William Paris, WWII fighter pilot and a Member of the Order of Canada.