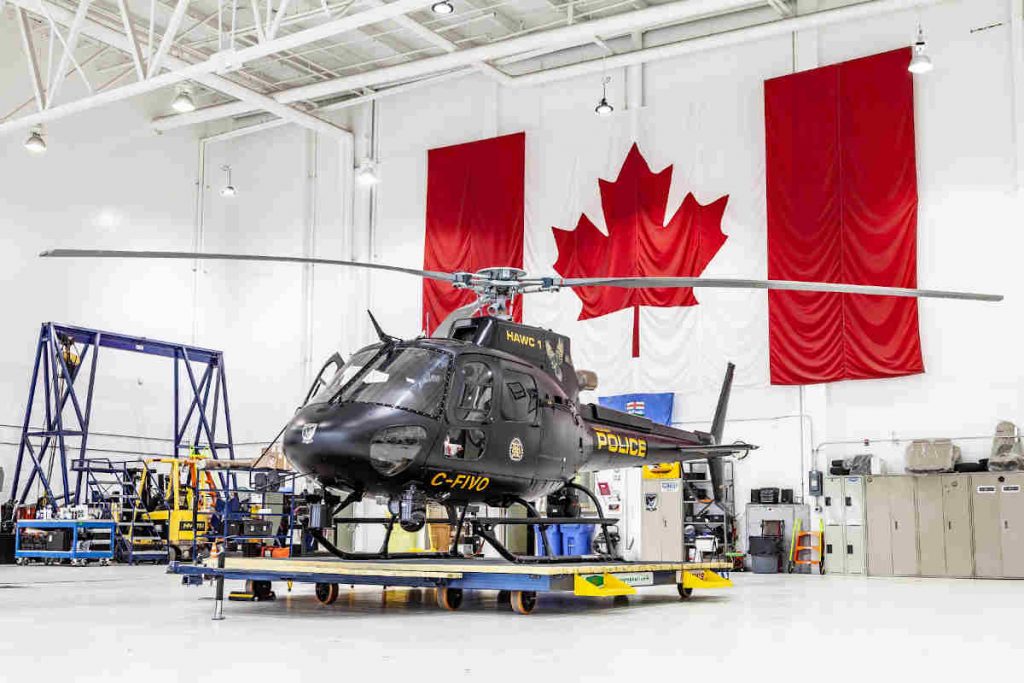 The Calgary Police Service received the first of two helicopters, with a total cost of $5.5 million each, purchased to replace its current Helicopter Air Watch for Community Safety (HAWCS) helicopters. Airbus is working with Eagle Copters Ltd., a Calgary business, to assemble the two helicopters locally.

The City of Calgary explains the current HAWCS helicopters, which have been in service with the Calgary Police Service (CPS) for more than 15 years, were originally scheduled to be replaced in 2013 and 2016, but, after an evaluation of the equipment and to save on costs, the service postponed the replacements and invested in several upgrades to extend the life of the helicopters. CPS then began its two-year replacement process in 2018.

The City of Calgary explains, following a formal Request for Proposal process, CPS selected the Airbus H125 model based on its ability to respond to crime in an urban environment, fuel capacity, technology needs and impact to the public. The model is used by police agencies in 30 regions across the world.

“HAWCS is an exceptional resource for our service. Whether we are responding to public safety incidents, searching for vulnerable people, or locating offenders, we would not have the same success without HAWCS,” said Deputy Chief Chad Tawfik of the Bureau of Community Policing. “We have seen countless examples where HAWCS was the difference maker in resolving an incident successfully.”

In 2019, HAWCS responded to 4,121 calls for service, which resulted in the arrest of 761 suspects and 2,366 charges laid. Recently, HAWCS has been instrumental in several incidents, including the arrest of three homicide suspects following a daylight shooting in south Calgary.

“No other unit in CPS can match the response time of HAWCS. We are able to travel from one end of the city to the other in just eight minutes, making us the first unit on scene in 80 per cent of the calls that we attend,” said Sergeant Tanya Paziuk of the Air Support Unit. “Aside from outdated technology, a significant limitation of our current helicopters is the fuel capacity. With these new Airbus H125 [aircraft], we will be able to respond to many more calls for service before needing to land and refuel.”

The City of Calgary explains its new H125 helicopters are expected to be used to keep Calgarians safe for the next 15 to 20 years. Significant savings were made through the repurposing of operational equipment from the old helicopters, explains the City of Calgary, including mapping equipment, search lights, night vision goggles and other technology. Once replaced, the current HAWC1 and HAWC2 helicopters will be sold at market value.

This year, the CPS Air Support Unit is celebrating the 25th anniversary of HAWCS. The first HAWCS helicopter was purchased after a public fundraising campaign in 1995 by the Rick Sonnenberg Memorial Foundation.