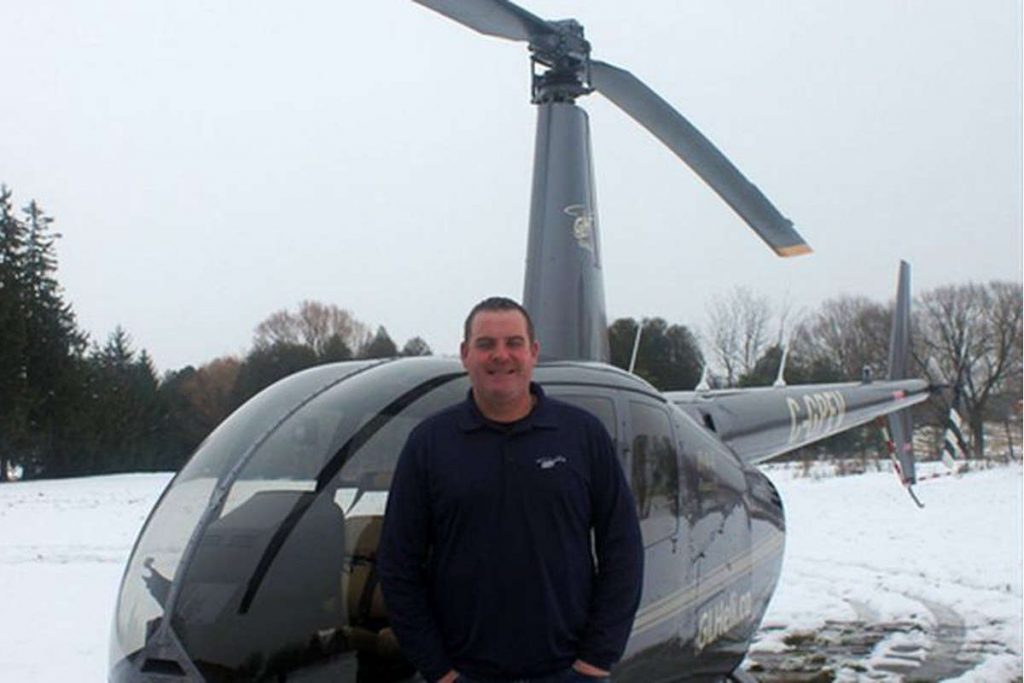 For the past two years, Diane Rood and her husband, Theo, would drive down to Florida so they could evade the bitter Canadian winters that bothered her “really bad” arthritis.

With the US-Canada land border restricted to essential and commercial travel, the couple found a way to ship their car and take their black lab, Abby, along on a short, 30-minute transport from Hamilton to Buffalo.

Their son Jeremy, a helicopter pilot at Great Lakes Helicopter in Cambridge, was able to arrange a car shipment like they wanted, and the snowbirds had an “easy, easy, easy” flight, said Theo. “Customs cleared us, and the car was right outside when we went through the terminal.”

The reception from snowbirds so far has been warm, said Jeremy.

“Nine out of ten people that get on the helicopter with me say, `I want to thank you so much for coming up with this service and providing it.’

Some of the people he drops off lived in hotels or mention they lack winter homes in Canada, he added.

“They have trailers in the summer, and they’re not winterized. They have no option to go anywhere but to their investment home in Florida, where they’ve been doing it for 20 plus years.”

“Eighty-five per cent of who we’re flying are senior snowbirds.”

The company is up to 90 flights so far, each carrying two snowbirds on average, with over a hundred more on the books between now and late-January.

Travellers are pre-screened by U.S. Customs and have their car trucked over and waiting for them when they land. People have driven down from as far as Nova Scotia, Quebec and Northern Ontario to take the trip. Helicopter rides cost $1200 and the vehicle crossing runs $700.

The border-hopping system has been a welcome source of revenue for Great Lakes, at a time when the pandemic has triggered a 20 per cent downturn in its other sectors.

Aside from charters, their services include flight school, aerial photography, sightseeing and crop spraying.

Bill Leyburne saw a need for a helicopter flight training school in Southern Ontario and founded Great Lakes organically from Rotor services, an aircraft maintenance company he founded in 1988.

“We ran that company for a number of years, and I thought it would be a great idea to start a flight training school at some point, I just needed to hook up with the right people,” he said.

A number of years later, he met Great Lakes’ chief flight instructor, Nick Booth, just the man he needed, and acquired a license to start a helicopter flight training school in the Waterloo Region, then grew the company from there.

“It’s been great, I’ve managed to get introduced to a lot of good people and wonderful students, and it’s all been a great experience.”

Swikar Oli writes for the Cambridge Times, Waterloo Chronicle, New Hamburg Independent and Guelph Mercury Tribune. His reporting is funded by the Canadian government through its Local Journalism Initiative.