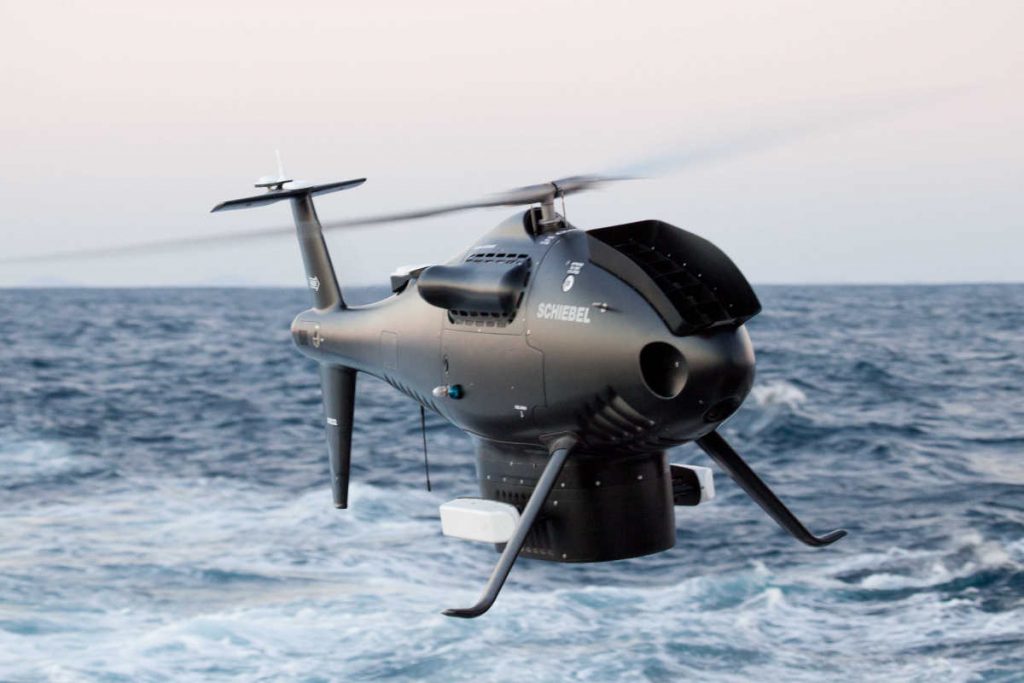 The CAMCOPTER S-100 can accommodate a variety of payloads for ISR missions. (Photo: Schiebel)

Schiebel’s CAMCOPTER S-100 Vertical Takeoff and Landing aircraft has completed a five-day maritime surveillance demonstration for the Border and Coast Guard Division of the Finnish Border Guard. The flight trials were completed aboard Offshore Patrol Vessel (OPV) Turva at the end of August in the Gulf of Finland.

Vienna-based Schiebel explains the S-100 completed given scenarios including searching, locating and recognizing objects as well as surveillance for maximum situational awareness, in both day and night conditions. In addition to top Finnish Border Guard officials, representatives of the Finnish Defence Forces, Finnish Customs, the Ministry of Agriculture and Forestry, as well as Finnish Meteorological Institute, among others, attended the event.

The test was part of the ongoing Valvonta2 -project (Surveillance2) that is lead by Finnish Border Guard and funded by European Maritime and Fisheries Fund (EMFF).

The CAMCOPTER S-100 is a proven Unmanned Aerial System for intelligence, surveillance and reconnaissance (ISR) missions. Schiebel explains its compact unmanned helicopter offers a high degree of versatility and can accommodate a variety of payloads, tailored to meet customers’ specific requirements.

“As we have seen during the trials, maritime ISR and search operations can derive significant benefits from the use of UAS,” said Hans Georg Schiebel, chairman of the Schiebel Group. “As a robust VTOL platform, the CAMCOPTER does not require any additional takeoff or recovery equipment, which makes it perfect for OPVs with small deck sizes. We are very pleased with the outcome of the trials and hope to be back in Finland soon.”