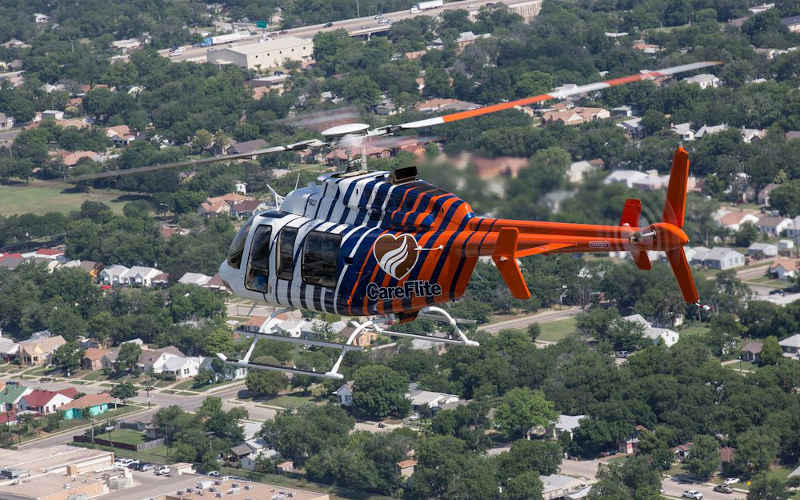 CareFlite signed an agreement to purchase a Bell 407GXi aircraft outfitted with an IFR configuration kit.

In addition to the two Bell 429 helicopters in its helicopter air ambulance fleet, CareFlite also operates five Bell 407 helicopters for critical care transportation. CareFlite’s aircraft fleet is used for emergency transports in Texas and Oklahoma and long-haul patient transfers throughout the region.

“Bell has been a part of CareFlite’s mission of ‘Making Precious Minutes Count’ since 1979,” said Kevin Reynolds, Interim CEO and COO, CareFlite. “For more than 40 years, CareFlite has utilized Bell aircraft to complete life-saving operations to patients in North and Central Texas, and we are proud to expand our current fleet capabilities with the new Bell 407GXi.”

With this purchase, CareFlite will be the first helicopter air ambulance operator using Bell’s 407GXi IFR kit in North and Central Texas.