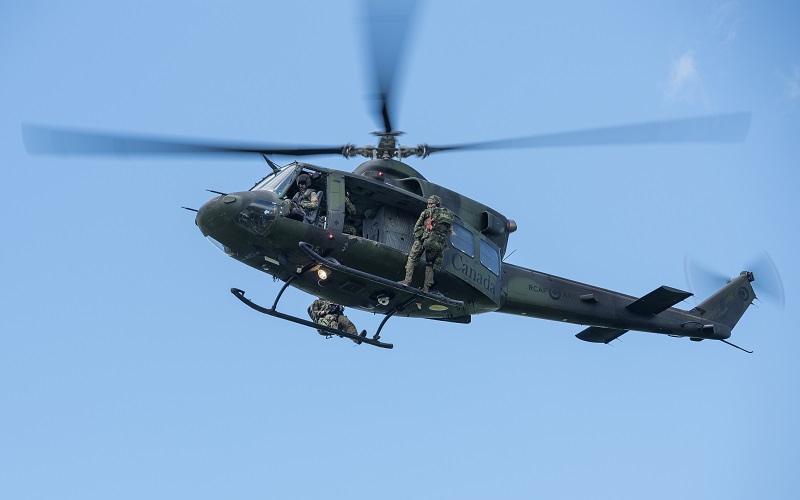 The Department of Defence notes the project will also upgrade flight simulation and training devices to ensure alignment with the fleet modifications, and the provision of equipment and spare parts. The CH-146 has participated in tactical troop transport, reconnaissance, escort and surveillance, casualty evacuation, disaster relief, special operations aviation support, and search and rescue.