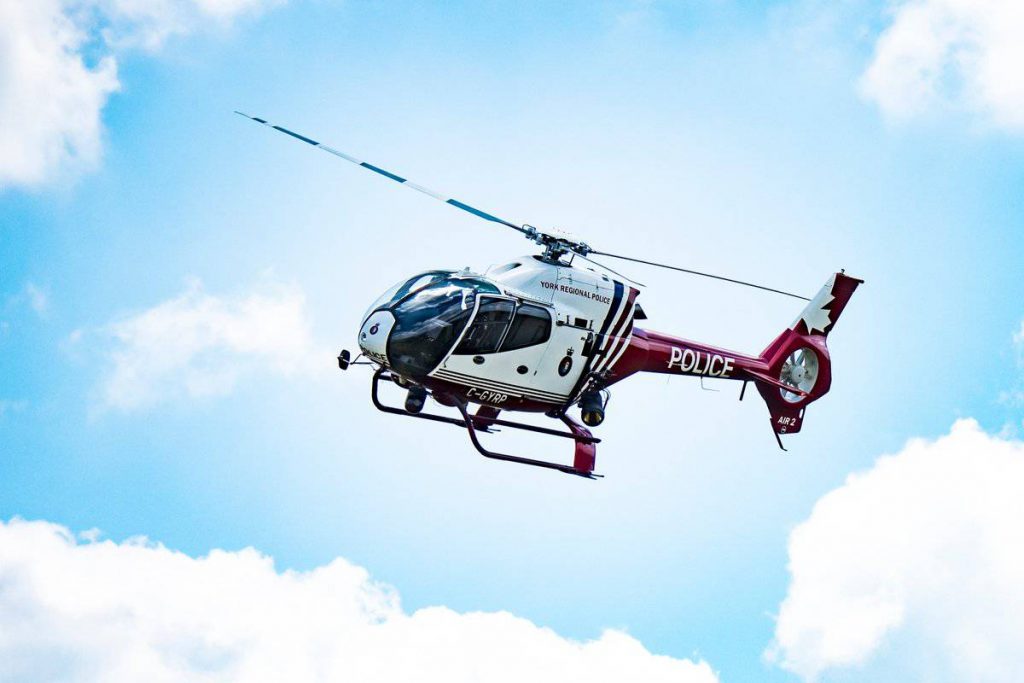 York Regional Police laid charges against a 31-year-old man after its police helicopter Air2 was hit with laser strikes in the City of Markham. The incident occurred on September 6 just after midnight as Air2, being operated by a pilot and tactical flight officer, was assisting officers on the ground with a suspected impaired driver in the area of Brimley Road and Denison Street.

As Air2 maneuvered above the traffic stop, the pilot and officer were struck with a bright laser light. York Regional Police explains officers were able to determine that the laser light was coming from a man who was standing in a backyard on Vickers Road, who was continually pointing the light at the helicopter.

Officers on the ground were directed to the backyard and the suspect was placed under arrest. He was found to be in possession of a 532nM 5mW cw CLASS IIIa laser pointing pen and has been charged with Mischief Endangering Life; Endanger Security of an Aircraft in Flight, Aeronautics Act; and Obstruct Peace Officer.

A 31-year-old man from Markham is facing criminal charges after he pointed a high-powered laser at our helicopter Air2. The laser can cause temporary blindness to the pilot and tactical flight officer as well as damage to their eyes. More info here –> https://t.co/TqEijRWW3P pic.twitter.com/AeeDgEkrfs

In its statement about the charges, York Regional Police notes Health Canada warns that a split-second look into a laser pointer can result in a condition called flash blindness; and that the consequences can be very serious for a pilot in control of an aircraft flying over populated areas.