CHC Group has announced a pilot and aircrew of Rescue 651 have been recognized with a Commendation Award at the National SAR Awards in Canberra. 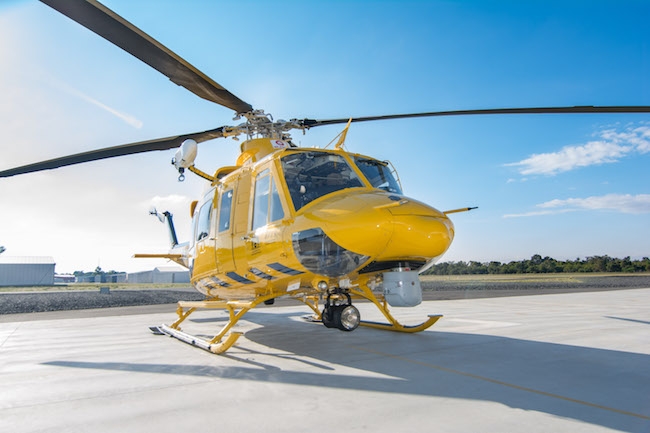 This award commends the CHC Helicopter’s pilot and aircrew, along with a St John Ambulance paramedic, for the rescue of a 27-year-old man with a broken leg off the vessel ‘Fatal Attraction’ near Israelite Bay, Western Australia on Nov. 6, 2016.

In high winds and heavy swell, Pilot Craig Bowman, Aircrew Garth Fitzgerald and Critical Care Paramedic Ben Harris retrieved the injured fisherman using a winch transfer from the vessel, which was off the southern coast of Western Australia, some 800 km (500 m) from the crew’s Jandakot base in Perth.

The crew, who are part of the team that operate Western Australia’s rescue helicopter service on behalf of the Department of Fire and Emergency Services, were tasked with the rescue at just after 1430 on the afternoon of November 6, and reached the vessel at 18:30.

The crew had about 10 minutes before last light to winch Paramedic Ben Harris onto the vessel, splint the injured man’s leg and winch Mr Harris and the patient back onto the Bell 412 helicopter. With refuel ground support assistance from Esperance Volunteer Marine Service, and SES volunteers and DFES personnel, RAC Rescue Helicopter 651 then flew with NVIS (Night Vision Imaging System) to get the man back to Esperance and transfer him to a Royal Flying Doctor Service aircraft for the transfer to Royal Perth Hospital.

“We are thrilled that our dedicated and experienced crew, in conjunction with St John Ambulance, have been recognised with a national award from NATSAR Council,” said Vincent D’Rozario, Regional Director, CHC Asia Pacific.

“Not a day goes by when there aren’t incredible SAR operations all over the world that fly under the radar. Our crews have saved so many lives and we are thankful to the NATSAR Council for holding these awards to acknowledge the terrific work that is done by search and rescue teams every day.”