DART, a privately held aerospace company based in Hawkesbury, Ontario, received Federal Aviation Association (FAA) approval on its Bell 505 Emergency Flotation System. The company explains this is the first and only such system available on the market. 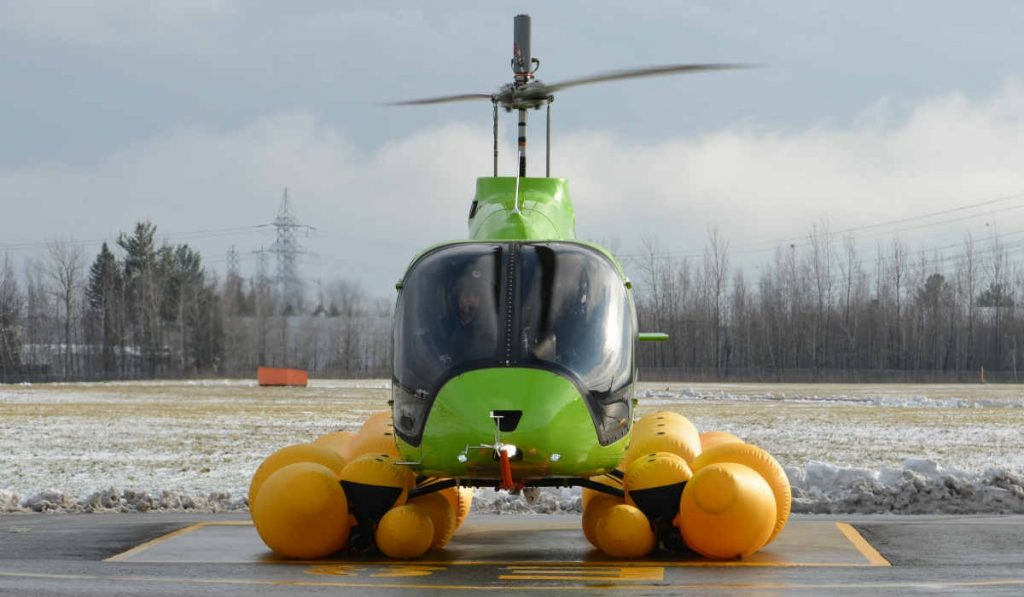 Bell and DART Aerospace have worked closely to deliver the 505 Emergency Flotation System.

With Transport Canada (TCCA) approval issued in mid-February of this year, the system is starting to see its first deliveries. DART explains it will be one of its key products, based on these two certifications, in addition to Japanese Civil Aviation Bureau (JCAB) certification, and the strong worldwide demand for the Bell 505.

“The validation of the Bell 505 EFS by the FAA in a relatively short timeframe reflects the confidence that the authorities have in the design of this product and the substantiating documentation,” said David Shepherd, Vice President of Certification at DART Aerospace. “DART appreciates the support we received from Bell in developing this product.”

Just days after receiving FAA certification, DART announced the Japan Coast Guard (JCG) had equipped its fleet of four Bell 505 Jet Ranger X with its Emergency Flotation System and the aircraft have now been accepted by the JCG.

Installation of the kits took place in Kagoshima, Kyushu, Japan, where the JCG’s 10th Regional Coast Guard Headquarter is located. A DART project engineer travelled to the Kagoshima site to support Bell for the first kit installation. This project represented the first entry-into-service for the 505 Emergency Flotation System.