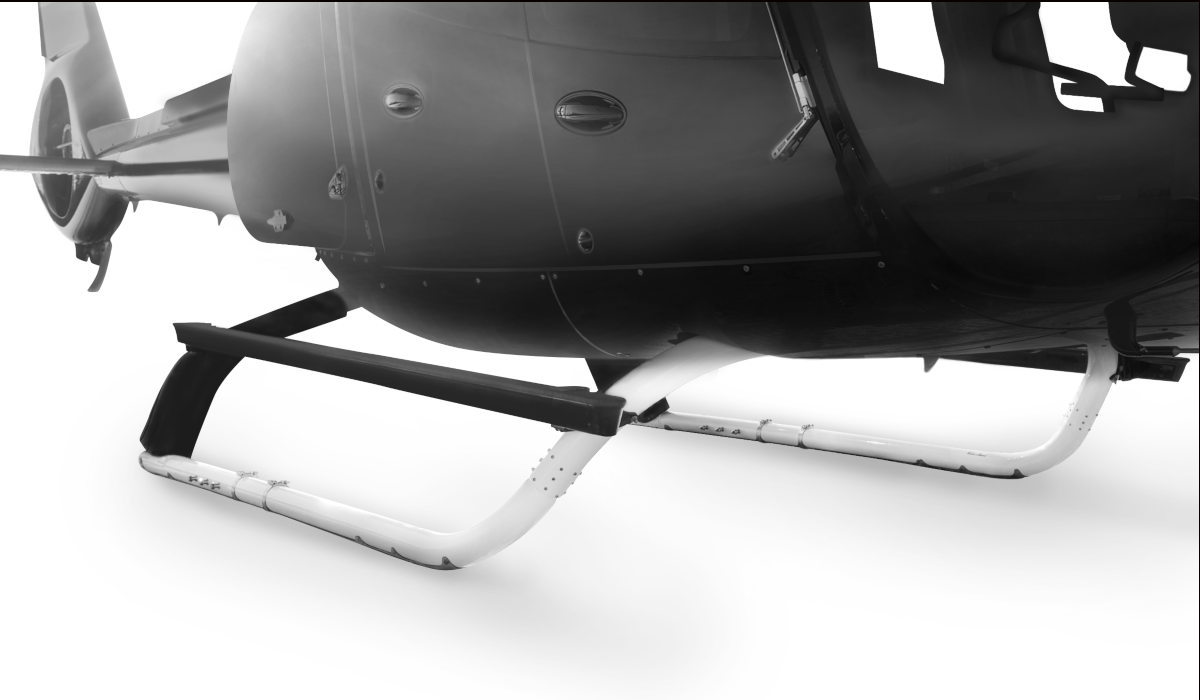 Multiple units of the 320 USG model have been delivered domestically and internationally. “With buckets ranging from 240 to 320 U.S. gallons, we can satisfy a good chunk of the firefighting market,” said Steve Ghaleb, VP of commercial operations with DART.

DART explains the new 240 & 260 USG units provide operators of lighter helicopter categories, such as the Airbus AS350 or Bell Lights, with a DART firefighting bucket option, as well as larger helicopters operating in hot-and-high conditions.

“While all DART H130 Landing Gear components are compatible with the OEM H130 landing gear components, DART has incorporated some improvements that customers should find interesting, such as full length Wearplates and more durable aft blades,” said David Shepherd, VP of certification, DART.

DART’s H130 gear components can replace original parts individually and can also be delivered fully assembled from the factory for ease of installation. The complete H130 Landing Gear is certified for the B4 and T2 variants by TCCA, with FAA & EASA expected in the coming months.

DART’s DO-160 testing on the product included extreme temperature, vibration and operational shock tests, as well as impact tests. The company’s engineering team also subjected the Skylight to a 300-hour in-service testing period with the support of an offshore operator.

“It’s been a long journey to test and certify this product. Given the operating environment that these parts are exposed to, our R&D capabilities were pushed to the limits in order to bring an improved product to market for our AW139 customers,” said Shepherd.

AeroBrigham AMC
Also at Heli-Expo, DART announced its newst Approved Maintenance Centre (AMC) as AeroBrigham LLC, operating out of Decatur, Texas, which specializes in a variety of services for rotorcraft aircraft such as maintenance, completions, upscale refurbishments, painting and interior replacements and upgrades.

Aeróleo has provided offshore transportation services in Brazil for over 40 years and recently enhanced its cargo carrying capacity for its 13 AW139s. “DART was at the right place at the right time to develop an effective, customized cargo net for Aeróleo’s operations in Brazil, which had met — if not exceeded — their expectations,” said Richard Plourde, DART’s director of sales for the Americas.

DART explains its AW139 High Capacity Cargo Net, which the company designs and manufactures at its primary facility in Hawkesbury, Ont., adds 30 per cent more cargo capacity and an extra 160 Ibs (72.5 Kg) to the load-carrying limit over OEM nets.