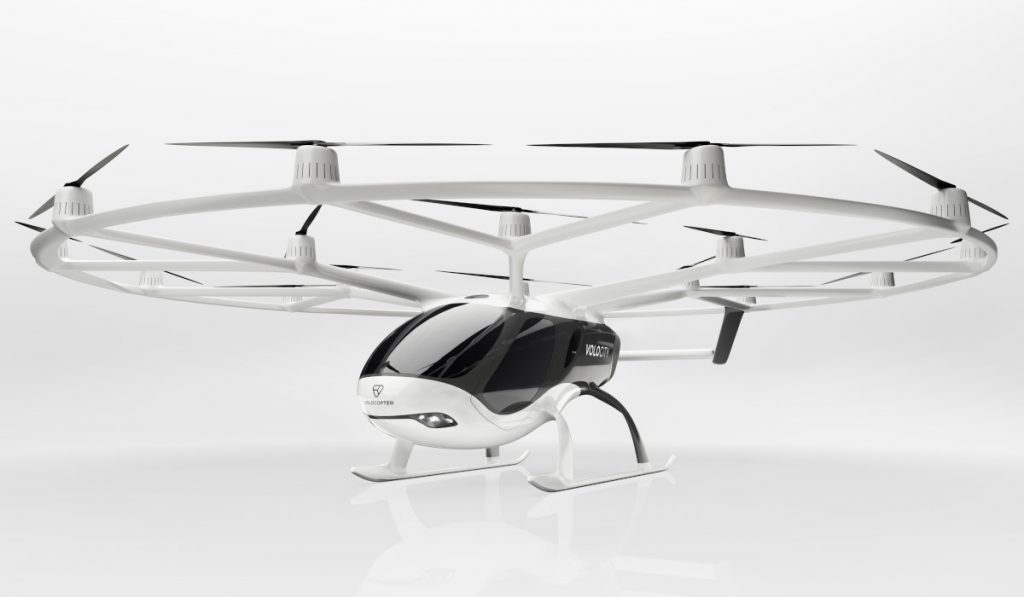 Global logistics service provider DB Schenker has invested in Volocopter as part of a Series C funding round, which now stands at a total of €87 million. With more than 75,800 employees at more than 2,000 locations in over 130 countries, DB Schenker is one of the world’s largest logistics providers.

Volocopter explains the funding will go toward the certification of the VoloCity, hiring more industry experts, and a second generation VoloDrone for the commercialization of the heavy-lift cargo drone product. To date Volocopter has raised total funding of €122 million, which includes Daimler and Intel Capital, among others

Volocopter is developing autonomous electrical Vertical Take-Off and Landing (eVTOL) aircraft, called the VoloCity, with the goal of offering air taxi services in the megacities. The company recently performed a public flight over Marina Bay Reservoir in Singapore demonstrating the maturity of its technology. Last October, Volocopter presented the demonstrator of its VoloDrone, marking the company’s expansion into the logistics, agriculture, public services and construction industries.

“We are convinced that the Volocopter technology has the potential to bring transport logistics to the next dimension for our customers,” said Jochen Thewes, CEO of DB Schenker. “DB Schenker has already tested autonomous and electrical vehicles in several innovation projects and in actual operations. By integrating the VoloDrone into our supply chain of the future we will be able to serve our clients’ demand for fast, remote, emission-neutral deliveries.”