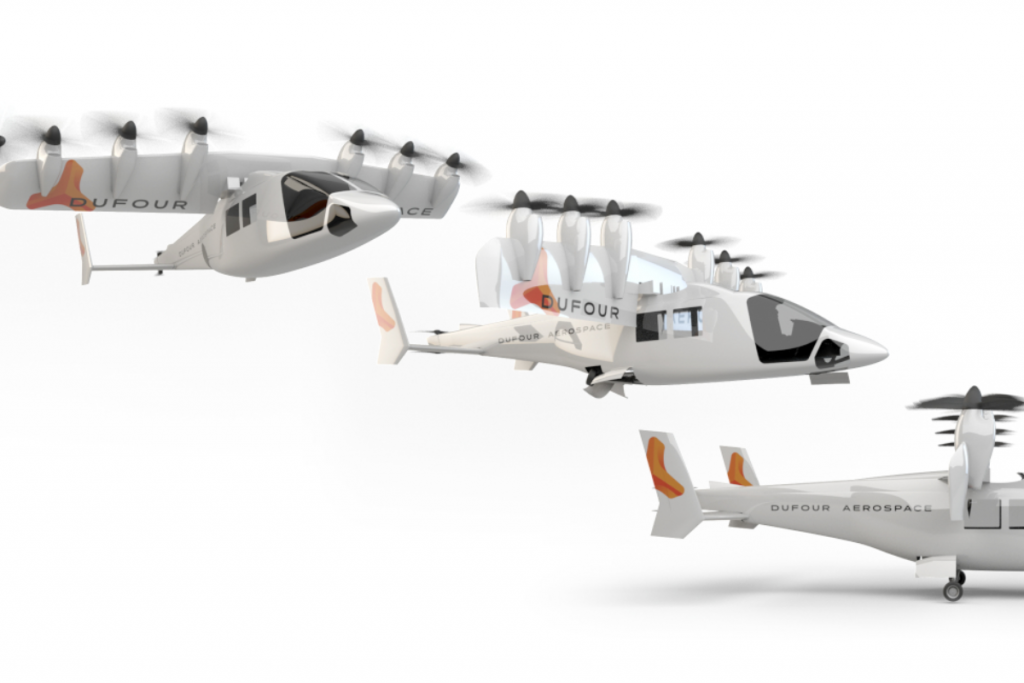 The Aero3 is a multi-purpose hybrid VTOL tilt-wing aircraft that will combine space, load and range for various transportation missions.

Aero3 will feature a decentralized electric main propulsion system of eight motors powering six propellers fixed to the main tilt-wing and two smaller tail propellers. Its large cabin and wide doors allow for a 6- or 8-seat configuration and offer enough space for patient or cargo transport. The design features a cruise speed of 350 km/h (189 knots) and a range of up to 1020 km (551 nautical miles).

While Aero3 is the flagship of Dufour Aerospace’s tilt-wing product family, the Swiss company is simultaneously working on a smaller, unmanned aircraft named Aero2, using the same aerodynamic and technical principles. Aero2 is designed for logistics applications, inspection, monitoring, mapping, and public safety tasks. The specifications of Aero2 will be published at a later stage.