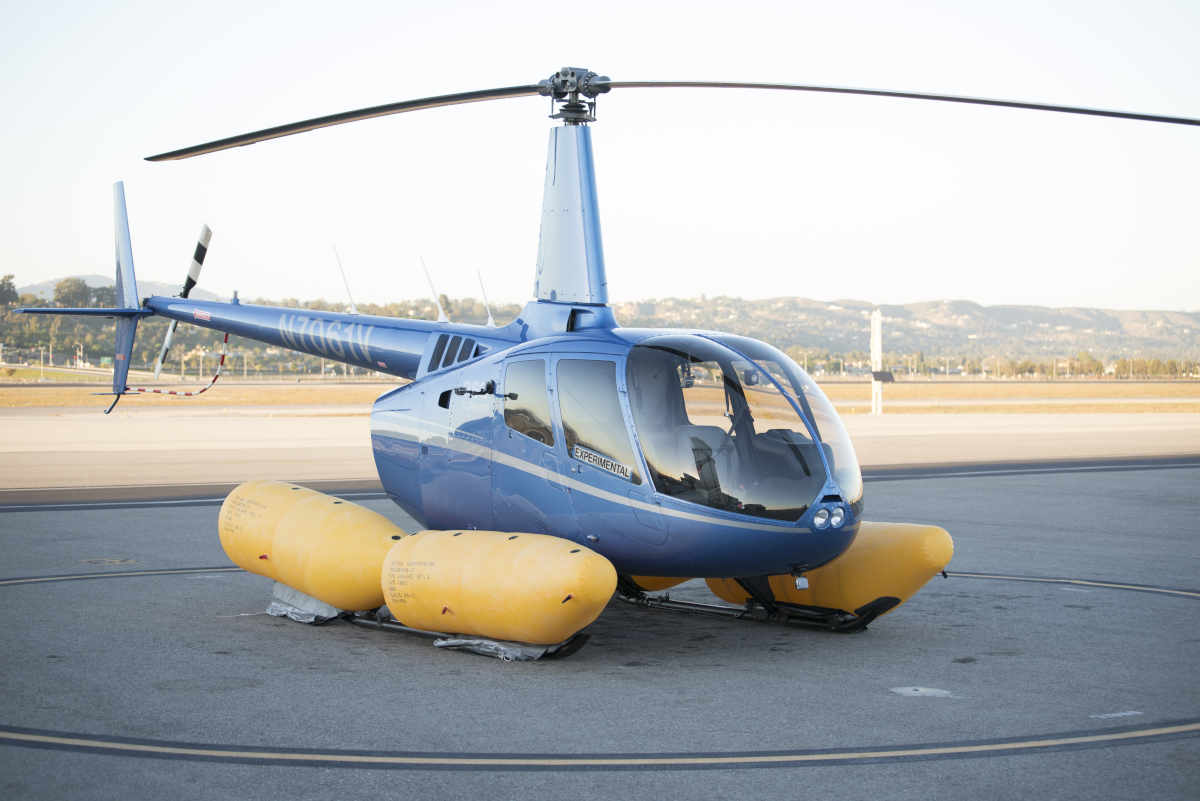 DART Aerospace has received a European Aviation Safety Agency (EASA) certification on its R66 Emergency Float System. This float system, designed and manufactured by DART, is an aftermarket retrofit option available for R66 operators that allows the aircraft to more safely perform over-water operations. The system can be retrofitted on the R66 aircraft and is designed with multi air-holding chambers.

DART explains the float systems are manufactured using patented lightweight urethane-coated fabric, which is described as a maintenance-friendly system with longer inspection intervals – without the need of being returned to the manufacturer for recertification. Another key feature, according to DART, includes a reservoir made of aluminum with a carbon fiber and fiberglass wrap to reduce the risk of corrosion.

“Achieving the European approval for this kit is a big deal for DART” said Steve Ghaleb, VP commercial operations at DART Aerospace. “The DART commercial team has been receiving lots of interest from the European R66 community for an aftermarket option to install emergency floats,” continues Steve “we are happy to now be able to service that demand”.

DARTCare, a Repair & Overhaul Program offered by DART, can be purchased alongside the R66 Emergency Float System. This program consists of repairing, testing and repacking of float systems, liferafts and vests, as well as servicing on reservoirs.