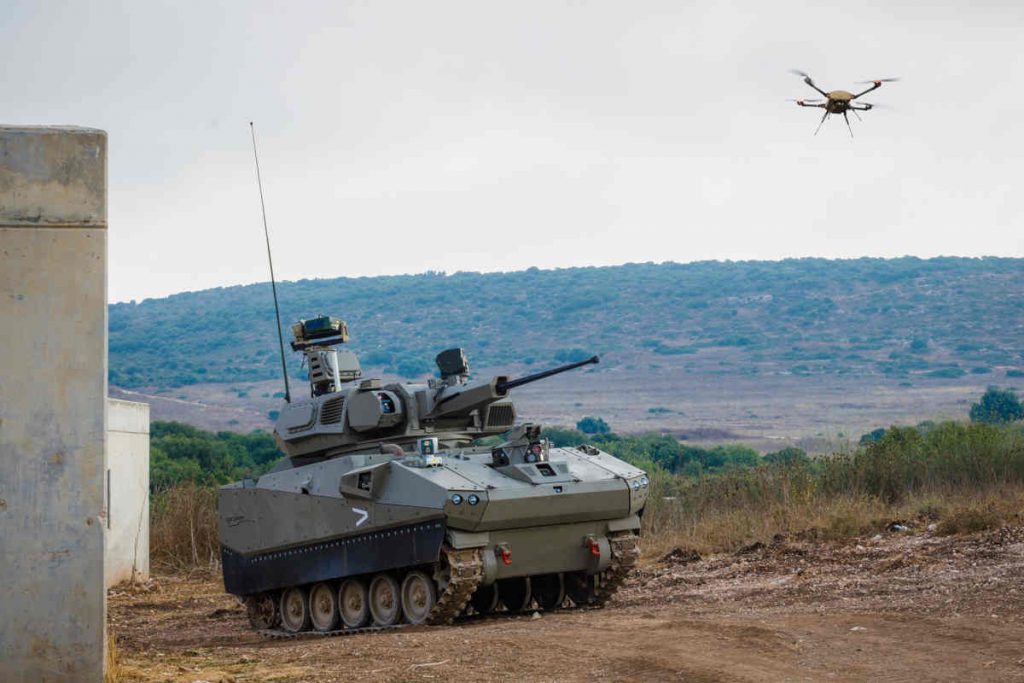 MAGNI is designed to transform a combat vehicle into an intelligence-gathering platform. (Photo: Elbit)

Elbit Systems is launching MAGNI as a fully autonomous and multi-rotor Vertical Take-Off and Landing (VTOL) Unmanned Aerial System (UAS) that is designed to significantly enhance the situational awareness capabilities of mobile forces.

Also described as a micro-drone, the compact and lightweight (2.5 kg) MAGNI is designed for rapid deployment and launch (in less than one minute) from any combat vehicle, transforming it to an intelligence gathering platform.

Carrying up to 350 grams of payload, the drone is rated for a range of up to three kilometers, a maximum operational altitude of 4000 feet and 30 minutes of endurance. Operated by a single user, MAGNI enables vehicle mounted forces to generate beyond-the-hill visual intelligence during day and night, and to ultimately feed target information to command and control systems.