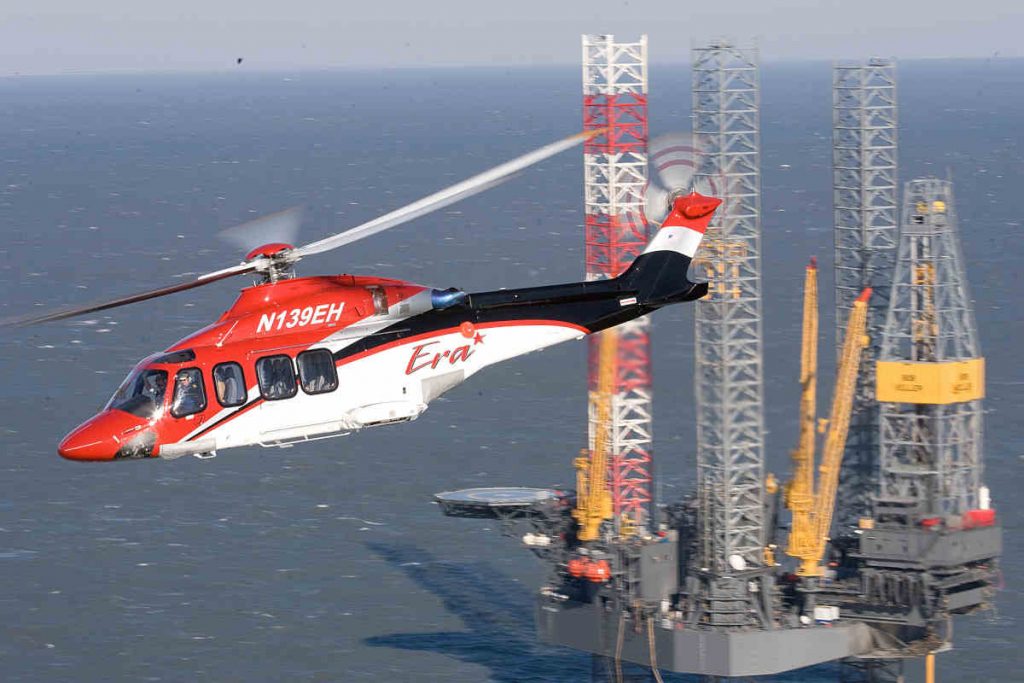 Era is one of Leonardo’s largest civil helicopter customers operating a fleet of 36 AW139s, primarily for offshore missions. (Photo: Leonardo)

Leonardo describes Era as one of its prime civil helicopter customers. Based in Houston, Texas, the company is also scheduled to be the launch customer for the world’s first Leonardo’s AW609 tiltrotor, with delivery expected next year. Era is also noted as the longest-serving helicopter transport provider in the United States, providing emergency response services, firefighting, utility, and VIP transport, in addition to offshore oil and gas transport.

“Our strong operational record and this flight hour milestone is a result of Era’s commitment to safety and the ongoing collaborative support between Leonardo and Era,” said Stuart Stavley, Era’s senior VP, operations and fleet management.

More than 1,100 AW139s have been ordered by more than 270 customers in around 70 nations to date, with over 950 delivered amassing in excess of 2.3 million flight hours.