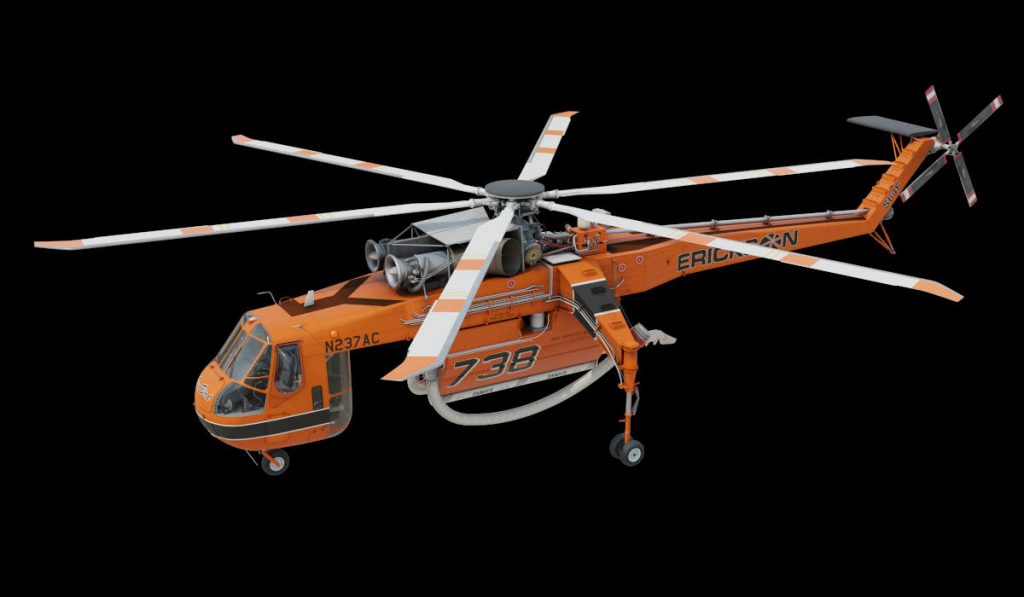 Earlier this year, Erickson announced FAA approval of the S-64E model. This recent achievement for the S-64F and CH-54B solidifies FAA certification for the entire fleet of S-64 Air Crane E & F models, as well as the CH-54 Skycrane A & B models.

“It was quite difficult, but extremely satisfying to see this project through to completion,” said Billy Johnson, Chief Engineer at Erickson. “There are a lot of blood sweat and tears in those blades.”

Erickson points to the key advantages provided by the certification as including: Performance gains; fuel savings; reduced vibration, meaning reduced wear and fatigue on the entire aircraft; and blade interchangeability with the E/A models. The company also notes that the advanced design of the blades provides a significant performance advantage at hot-and-high conditions.