July 14, 2008, Fort Erie, Ont. - With the delivery of its AS355 NP aircraft to Phoenix Heli-Flight, Eurocopter Canada introduced its 500th helicopter into the Canadian marketplace. 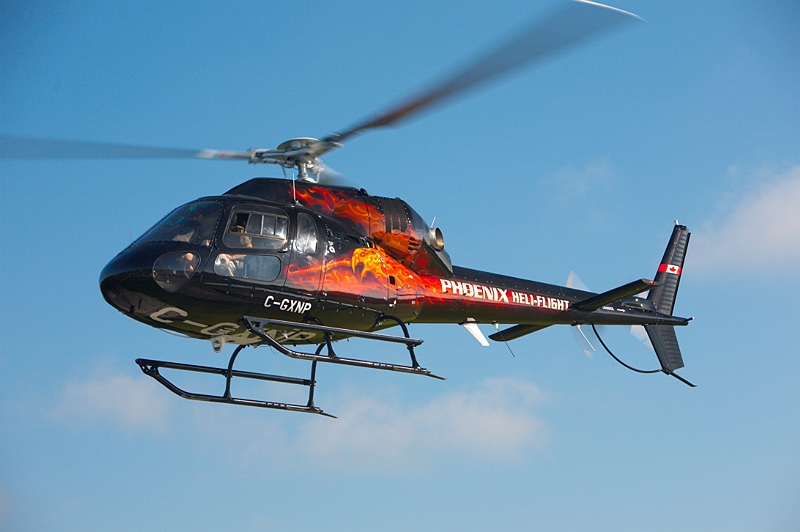 July 14, 2008, Fort Erie, Ont. – With the delivery of its AS355 NP aircraft to Phoenix Heli-Flight, Eurocopter Canada introduced its 500th helicopter into the Canadian marketplace – an event made more significant by the fact that the AS355 NP aircraft offers new product technology.

“Delivery of this particular helicopter is significant for our company,” said Marie-Agnès Vève, president and chief executive officer of Eurocopter Canada. “It confirms that we are a top provider of innovative, technologically advanced aircraft in Canada.”

The AS 355 NP is the latest variant on Eurocopter’s highly successful family of AS355 N Ecureuil twin-engine helicopters, which have collectively logged over three million flight hours to date. The new version of the aircraft meets the demand customers worldwide have for corporate transport or various utility missions.

The upgraded helicopter integrates proven technology from the single-engine version of the aircraft – the AS350 – with improvements to the twin-engine version. These improvements significantly reduce the operating and maintenance costs for end users, making the AS 355 NP the best value for money in its category.

Specifically, the new electric oil cooling system for the AS355 NP engine and main gearbox has been redesigned to ease maintenance requirements. The new version also has Arrius 1A1 engines, which increase the one engine inoperative power. And, the aircraft boasts a 20 per cent increase in payload. These enhancements increase the time between engine overhauls, which lowers operating and maintenance costs.

This model of helicopter was attractive because it has superior performance and is more maintenance friendly,” said Paul Spring, President and Chief Executive Officer of Phoenix Heli-Flight. “As the premier supplier of high performance – leading edge helicopters in Western Canada Phoenix Heli-Flight has great respect for the Eurocopter product line.  The fact that Eurocopter continually upgrade their aircraft providing improved performance for our customers is a real bonus to us.”

Delivery of Eurocopter Canada’s 500th helicopter comes as the company expands across the country and prepares to celebrate its 25th anniversary in 2009. Eurocopter Canada is capitalizing on growth opportunities in the light and medium civilian helicopter market.

Eurocopter Canada Limited www.eurocopter.ca  is a subsidiary of Eurocopter. Eurocopter Canada – based in Fort Erie, Ontario – has a customer support network that spans the entire country. Established in 1992, the Franco-German-Spanish Eurocopter Group is a Division of EADS, a world leader in aerospace, defense and related services. The Eurocopter Group employs approximately 14,000 people. In 2007, Eurocopter confirmed its position as the world’s number one helicopter manufacturer in the civil and Para public market, with a turnover exceeding 4 billion euros, orders for 802 new helicopters, and a 53 percent market share in the civil and Para public sectors. Overall, the group’s products account for 30 per cent of the total world helicopter fleet. Its strong worldwide presence is ensured by its 17 subsidiaries on five continents, along with a dense network of distributors, certified agents and maintenance centers. More than 10,000 Eurocopter helicopters are currently in service with over 2,800 customers in 140 countries. Eurocopter offers the largest range of commercial and military helicopters in the world.