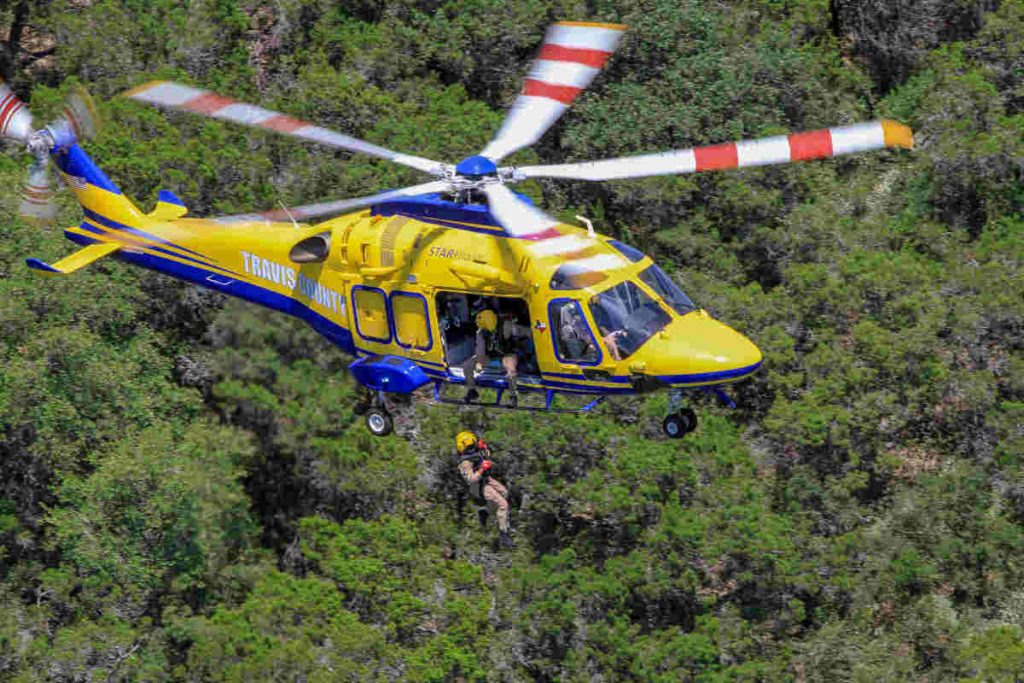 Referred to as Flash Flood Alley, Travis County is the number one location in the United States for flash flood rescues. It will now be better served with three AW169 EMS helicopters through STAR Flight. (Photo: Leonardo)

Leonardo explains Travis County presents many geographic challenges for rescue crew – called Flash Flood Alley, it is the number one location in the U.S. for flash flood rescues. With several lakes and rivers, access to patients is often difficult and remote, explains Leonardo, noting why operating a fleet of helicopters is crucial for the region.

Avionics on the AW169 includes a four-axis, dual-duplex digital automatic flight control system and a full night-vision goggle-compatible digital glass cockpit with three 8-inch by 10-inch displays to reduce pilot workload. The AW169 can travel up to 440 nautical miles, cruise at over 160 knots and climb to 14,500 feet.