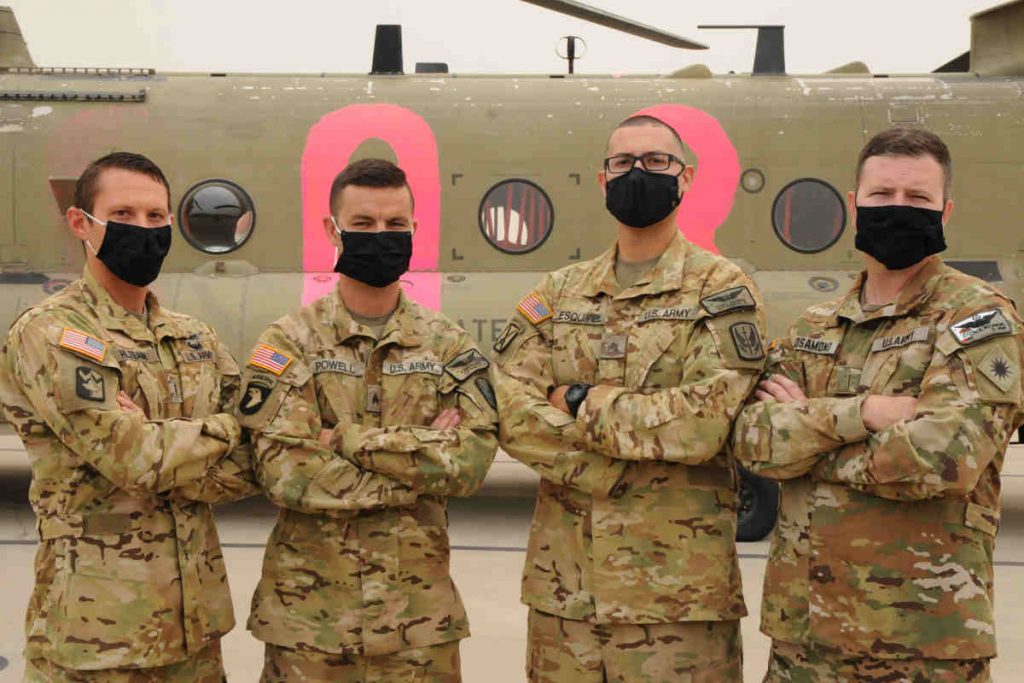 Helicopter Association International announced the California National Guard 40th Combat Aviation Brigade CH-47 and UH-60 Black-hawk Crews are the 2021 recipients of its Humanitarian Service Award. The award, sponsored by Sikorsky, honours the person or persons who best demonstrate the value of helicopters to the communities in which they operate by providing aid to those in need.

HAI provided the following description of the award-winning efforts:

On the evening of Sep. 5, 2020, the rapidly growing Creek Fire in the Sierra Nevada Forest north-east of Fresno, California, had surrounded a large group of campers, hikers, and residents, leaving no avenue for escape.

Chief Warrant Officer 5 (CW5) Kipp Goding was at home when he got the call for help from his brigade commander. There was a situation developing near the Mammoth Pools Reservoir, the commander told Goding. People needed to be airlifted to safety. 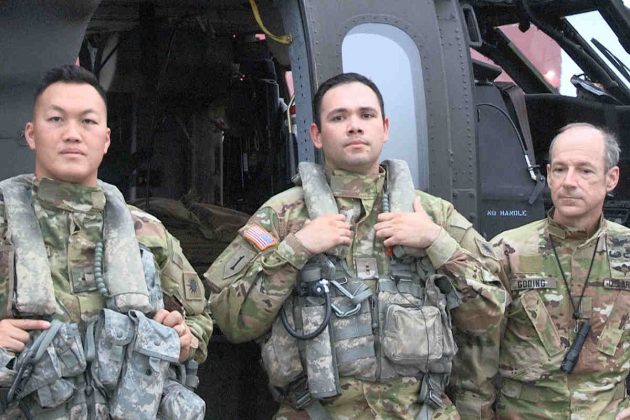 What followed was a harrowing night that tested the limits of the crews and aircraft alike. An inferno fueled by bone-dry vegetation, bark beetle–killed trees, and strong winds, the Creek Fire was unpredictable, creating so much smoke the pilots couldn’t see to fly through it.

After navigating around Cal Fire airspace closed due to active tanker drops, the helicopters were forced to wait an hour until sunset when night-vision goggles gave them the advantage to see through the smoke.

Rosamond’s Chinook arrived first, landing on a concrete boat ramp at the reservoir’s edge as the fire burned all around. The flight engineers triaged people, prioritizing those with the worst injuries.

“These people were in flip-flops and Bermuda shorts, dressed to enjoy the Labor Day weekend,” Goding recalls. “They had burns, broken bones, difficulty breathing, and bad scrapes.”

The two helicopters each flew three flights, rescuing a total of 242 people and a significant number of pets from the blaze.

“It was really brutal,” Goding says. “We’d return to Fresno, refuel, and head back. In that time, the fire was in a new position. During the day, the wind made it jump over vegetation, leaving green spots. After sunset, the wind died down a bit, and the fire started burning those previously un-burned areas. As a result, we were forced to find a new route to the reservoir each time we re-turned. No two trips were the same route.”

The crews pushed the limits of the aircraft in the high altitude and fire-fueled temperatures. Each aircraft reached maximum weight at some point during the night, yet mechanics back at Fresno inspected the aircraft and were able to give the green light to continue.

“In many ways, this was much worse than flying in combat,” Goding recalls. “In combat, you don’t see people shooting at you. You focus on the job. In the Creek Fire, you saw the wall of smoke and flames. You were flying into it and seeing the terror on people’s faces. We did the job, just as any of our guard members would. I really want to emphasize that. We may be the ones that did this job, but we’re all doing these jobs every day.”

HAI recognized previous recipients of the Salute to Excellence Awards through events at HAI HELI-EXPO®, the association’s annual trade show. Because of the pandemic, HAI is acknowledging the achievements of this year’s recipients through a variety of virtual events, including a series of webinars relevant to the subject of each award. Each individual recipient or team will also receive a trophy and publicity surrounding their work.